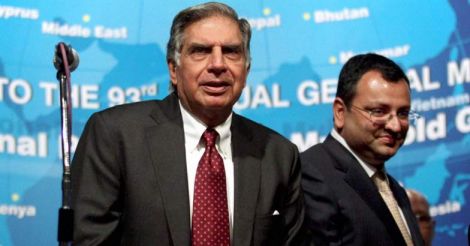 New Delhi: Hot on the heels of Tata Group's ousted chairman Cyrus Mistry alleging fraudulent transactions at AirAsia India, the Aviation Ministry today said all issues would be looked into and "law of the land will have to be followed" in case of any violation.

"Laws as per policies have to be followed. Whatever (issue) anybody raises, they will have to be looked into," civil aviation minister Ashok Gajapathi Raju told reporters.

The comments come a day after Mistry's allegations, contained in a confidential letter dated October 25, became public wherein he wrote about certain financial irregularities regarding AirAsia India, where Tatas are a partner, including a "fraudulent transaction" of Rs 22 crore.

Asked whether the ministry would take any action in this matter, Raju said: "If anyone violates laws, laws of the land will have to followed everywhere."

He, however, did not give any direct reply about specific allegations made in Mistry's letter which he had written soon after being ousted as Chairman of Tata Sons, the main holding company of over USD 100 billion conglomerate.

Raju said: "The regulator provides the license. So that was the point of that time. If there are violations in it, the courts are there to look at it. Our concern here is that we should keep Indian skies vibrant. We have sustained a 20 per cent growth. Why should we put a stop to it. Laws as per policies have to be followed.

"Whatever anybody raises, they will have to be looked into."

Earlier in the day, the ministry officials had said they are keeping a close watch on developments related to the purported disclosures made by Mistry about AirAsia India and will act if something actionable is brought to its notice.

"We are waiting for any input from any quarter," Civil Aviation Secretary R N Choubey said, adding "we have not received anything so far".

While another civil ministry official said: "If anything new is brought to the ministry attention, appropriate authorities will look into it".

He was removed abruptly as chairman of the Tata Group on Monday and replaced by his predecessor Ratan Tata, who will lead India's biggest conglomerate for the next four months till a permanent replacement is identified by a specially- created committee.

Mistry's family firm, Shapoorji Pallonji, is a construction major and one of the largest stakeholders in the Tata Group.

In a letter written to the Board members of Tata Sons yesterday, Mistry alleged that due to the interim Chairman Ratan Tata's passion for aviation, Tata Sons board increased capital infusion in the aviation sector at multiple levels of the initial commitment.

"Board members and trustees are also aware that in the case of AirAsia, ethical concerns have been raised with respect to certain transactions as well as overall prevailing culture within the organization.

"A recent forensic investigation revealed fraudulent transactions of Rs 22 crore involving non-existent parties in India and Singapore," Mistry had said in the letter.

Mistry went on to allege that "executive trustee Mr Venkataraman, who is on the board of AirAsia and also a shareholder in the company, considered these transactions as non-material and did not encourage further study".

It was only at the insistence of the independent directors, one of whom immediately submitted his resignation, that the board decided to belatedly file a first information reports, the letter had noted.

He claimed it was Tata who completed negotiations with Air Asia but early in his tenure as the Chairman of Tata Sons he was asked to table a proposal for the JV with AirAsia at a Tata Sons board meeting.

Claiming that in the case of JV with AirAsia, he was able to extract a "promise of no debt to be raised at the level of JV, as well as limiting Tata Sons investment to 30 per cent of the USD 30 million equity", Mistry had said.

In 2013, Tata Sons had joined hands with Malaysian carrier AirAsia and Arun Bhatia's Telestra Tradeplace to start low cost carrier AirAsia India. The carrier had to wait for nine months before taking off.

COVID-19 | Majority of the people who died in August had comorbidities, says report

A total of 223 COVID-19 deaths were reported in the state in August, according to the official data. Of...