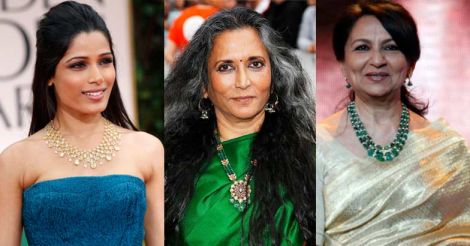 The Academy invited a record 683 new members - 46 per cent female and 41 per cent persons of colour - as it aims to diversify following criticism of its largely white and male membership.

Apart from Tagore, Pinto and Mehta, British filmmaker of Indian origin Asif Kapadia -- who bagged the Best Documentary Feature Oscar for "Amy", based on the life of late singer Amy Winehouse - also features in this year's class of new members.

The diversity push was in response to the #OscarsSoWhite uproar that took place earlier this year, when all-white acting nominees put a microscope on the Academy’s largely white and male membership.

"We are proud to welcome these new members to the Academy, and know they view this as an opportunity and not just an invitation, a mission and not just a membership," Academy president Cheryl Boone Isaacs said in a statement.

Isaacs also encouraged Hollywood and the larger creative community to "open its doors wider, and create opportunities for anyone interested in working in this incredible and storied industry".

The new class is by far the largest ever announced by the Academy - and it features celebrities aged as young as 24 and as old as 91.