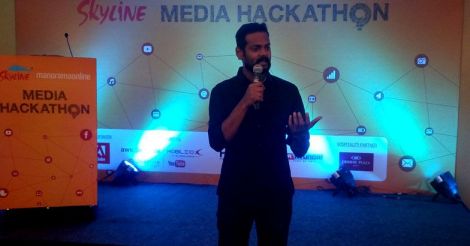 Kochi: Techies at Manorama Online media hackathon, the first of its kind in Kerala, received tips and suggestions from Sourav Naik, a senior manager at VMAX.

He advised the participants to keep in mind the utility and monetization process while developing apps and other technology. VMAX is one of the leading company monetizing apps in India and South Asia.

Among the over 200 names registered, 28 teams have been selected to participate in the Manorama Online media hackathon being held at Avenue Center in Kochi on Saturday.

The three winners at the media hackathon will get a chance to present their ideas in front of eminent industry leaders at Techspectation 2016 to be held at Hotel Crowne Plaza in Kochi. They will also be awarded a cash price of Rs 2 lakh, 1.5 lakh, and Rs 1 lakh respectively.

Techspectation 2016 is a digital summit hosted by Manorama Online and sponsored by Skyline builders. For further details log on to www.techspectations.com.