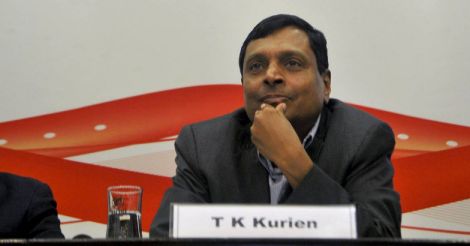 Kochi: There would be a tectonic shift in the way enterprises function in the future, according to T.K. Kurien, executive vice-chairman, Wipro.

There are nearly 130 million white collar jobs now, of which 30-40 million jobs will vanish in the future, he said while addressing Techspectations 2016, the digital summit organized to mark 20 years of Manoramaonline.

Citing the example of Nestle, Japan, where there are 3,000 employees and 2,000 robots that run the show, he said five years from now, the job environment would undergo a massive change when machines join the workforce.

In a gig economy, independent contractors and temporary positions would be common in businesses.

Enterprises need not have to hire people who sit down and work for you in the office, he said.

Reflecting on the stunning success of Donald Trump in the US Presidential elections, he hinted that this was a probably a long-term consequence of real wage increase and productivity not being in sync.

The problem with flourishing enterprises is that most of it have a successful senior management who think they can replicate that in future, which is unfortunately not the case, he said.

“Knowing how to organize yourself to begin your startup and its societal impact is vital to the success of any venture. There should be clarity on how your startup is going to make money in long term,” Kurien, who was the chief guest of Techspectations 2016, said.

Outlining the broad contours of successful ventures, he said, “Without the mindset to accept failure, success would elude startups.”

It is extremely important to have access to money and there are lots of people who are ready to fund ideas.

Behind every successful business, there will be somebody who was willing to fund, at least in the initial years, he pointed out.

“Those who make more noise gets heard,” he said, underlining the need to be part of a larger ecosystem to be a successful startup.

He also emphasized on the need to focus on design. “The moment you take your focus away from design, you lose your intellectual property," he said.

There will be many such ecosystems in future – for healthcare, transportation/mobility, machine communication ecosystems, Kurien pointed out.