Have scientists hit upon a magical cure for Nipah?

Has the deadly Nipah virus, which is right now having an unchecked run, finally met its match? Scientists at the National Institute of Allergy and Infectious Diseases and Centers for Disease Control and Prevention, both US based, seem to have found that a drug called Remdesivir, used to treat Ebola virus, could perhaps stop the virus dead in its tracks.

The potency of the drug has been checked on African green monkeys and have been found to be effective. Eight monkeys were picked for the experiment and were injected with lethal doses of Nipah virus, of the strain that caused havoc in Bangladesh since 2001. Within 24 hours, four of these monkeys were given an intravenous shot of Remdesivir.

The medication continued for 12 days. The four that were not given Remdesivir developed severe respiratory disease and died. These guinea pig monkeys started showing signs of respiratory complications three or four days after the virus was administered. The disease then rapidly progressed to respiratory distress on the seventh and eighth days. All the four were euthanised. 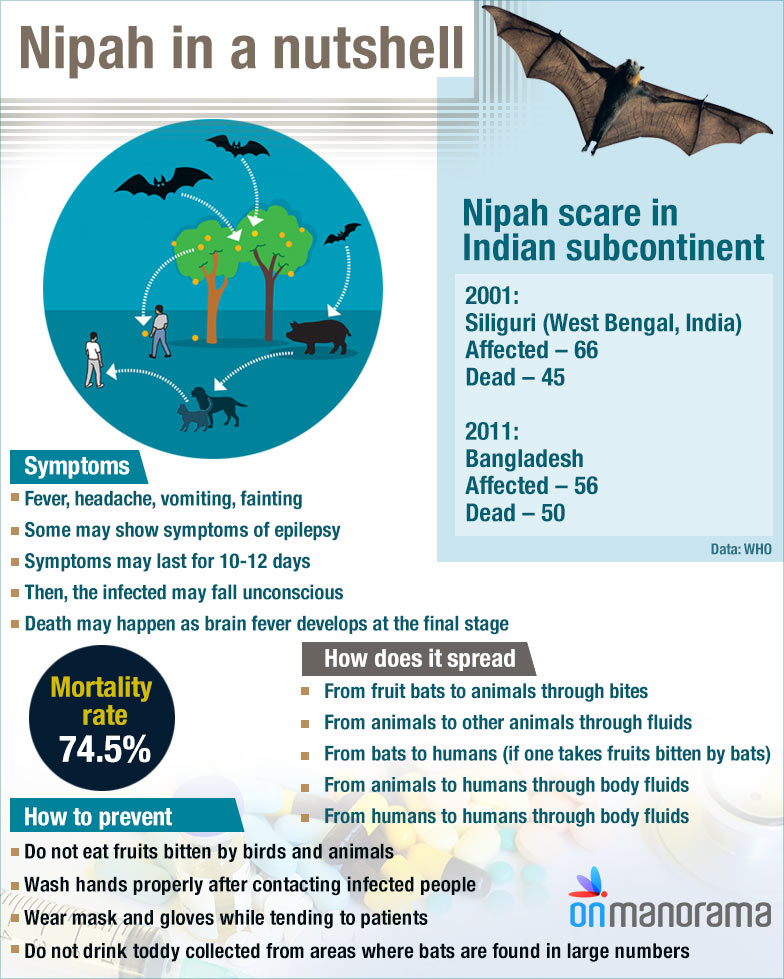 But the four Remdesivir-treated monkeys survived; mild respiratory signs were seen only in two. “This indicates that Remdesivir represents a promising antiviral treatment for Nipah virus infection,” said the study, which was published in Science Translational Medicine a few days ago on May 29.

Remdesivir, developed by the American biotechnology company Gilead Sciences, is currently in a phase two clinical trial in Liberia and Guinea to determine whether it can stop the persistent Ebola virus shedding in the semen of Ebola male survivors.

About Nipah, the study says: “Nipah virus is an emerging pathogen in the Paramyxoviridae family. Upon transmission of Nipah virus from its natural reservoir, fruit bats, to humans, it causes respiratory and neurological disease with a case-fatality rate about 70 per cent. Human-to-human transmission has been observed during Nipah virus outbreaks in Bangladesh and India (Kerala).” 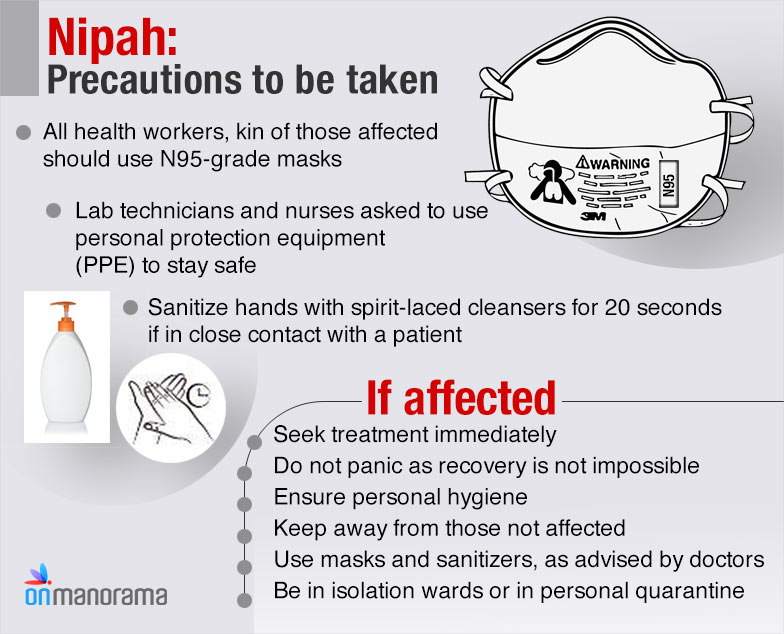 Nonetheless, the study has a couple of limitations. “We performed this experiment only once,” the study says. Another limitation is the initiation of treatment relatively early after lethal Nipah virus was injected. “Disease progression in humans infected with Nipah virus in Bangladesh is very rapid, with five days being the average time from disease onset to death,” the study says.

The Thodupuzha college student who is now suspected to be Nipah-infected was having fever for the last 10 days.

Tags:
MORE IN KERALA
LOAD MORE
The comments posted here/below/in the given space are not on behalf of Onmanorama. The person posting the comment will be in sole ownership of its responsibility. According to the central government's IT rules, obscene or offensive statement made against a person, religion, community or nation is a punishable offense, and legal action would be taken against people who indulge in such activities.
https-www-onmanorama-com-news-kerala onmanorama-topic-general-topics-28-nipah-virus onmanorama-topic-destination-5-kochi 7naju7b6t9kcqm9khp2eeavos9 onmanorama-topic-destination-5-kerala https-www-onmanorama-com-acp 7femguuj9npmp4edb9fu9e3d6c