New Delhi: Hundreds of Fidayeen and their trainers were shifted from Pakistan occupied Kashmir to a five-star, resort style camp in a hilltop forest in Balakot after the Pulwama attack, providing Indian forces with "a sitting duck target" when they carried out an air strike early Tuesday, killing up to 350 terrorists, the government sources said.

They said at least 325 terrorists and 25 to 27 trainers were at the camp, the biggest operated by the Pakistan-based Jaish-e-Mohammad group, which had claimed responsibility for the February 14 suicide attack on a CRPF convoy in Pulwama, Kashmir that killed 40 jawans.

Everyone at the camp was sleeping and Pakistani defence establishment had no clue that the attack was coming so deep into their country because they had expected a surgical strike on camps in Pakistan occupied Kashmir near the Line of Control, said the sources who are close to the government. 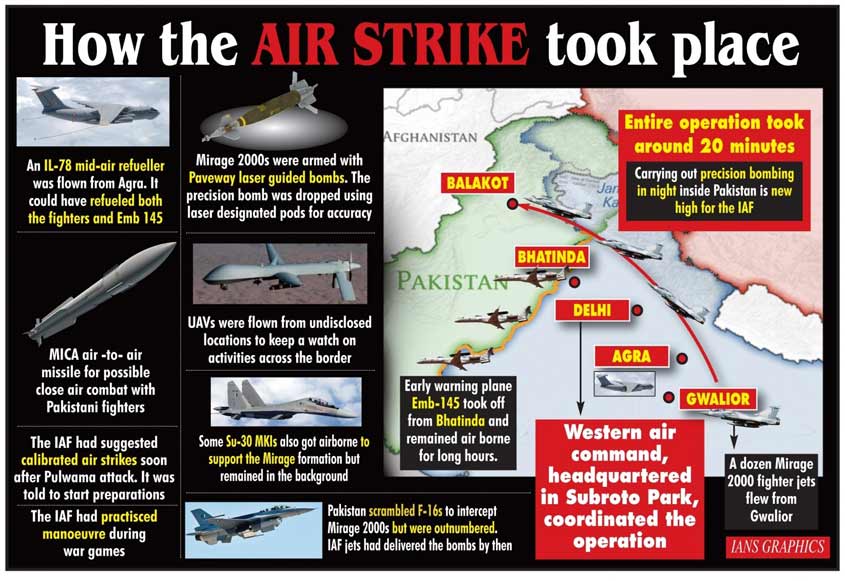 But India received intelligence that JeM had shifted many in-training terrorists and hardcore operatives, along with their trainers, to the Balakot camp, which has facilities for 500 to 700 people, and even has a swimming pool along with cooks and cleaners.

Fighter and other aircraft took off from several air bases in Western and Central commands at about the same time, leaving Pakistani defence officials confused as to where they were heading, the sources said. A small group of aircraft broke away from the swarm and headed to Balakot where "the sleeping terrorists were sitting ducks for the Indian bombing," said one source.

"They had no idea that Balakot was to be the target ... when the pictures come in you will see only khandhar (ruins) of the once-flourishing camp", said the source.

Defence sources have said that Mirage 2000 planes pounded the camp with bombs and levelled it.

The terror camp is located 20 kms from Balakot town. 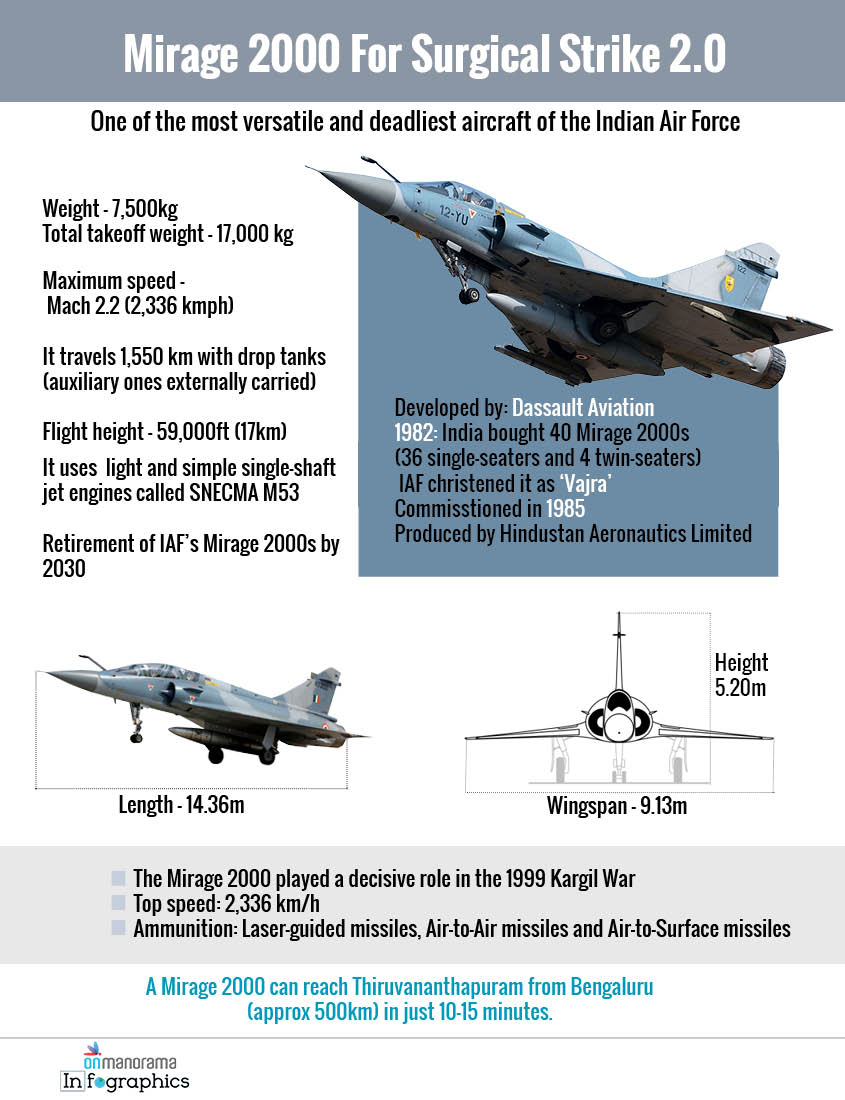 Balakot is some 80 km from the Line of Control near Abbotabad where Al-Qaeda leader Osama bin Laden was killed in hiding by covert US forces who had also sneaked into Pakistan to carry out the operation, catching the entire Pakistani military unaware.