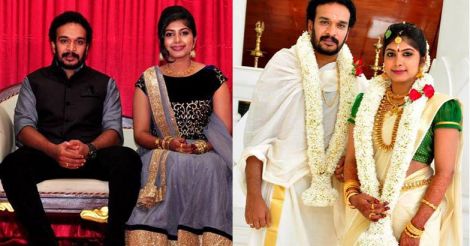 Son of ace cinematographer S. Kumar, Kunjunni S Kumar, the man behind the enigmatic visuals of Mohanlal starrer Loham has got married to Anjali Vijayan.

Anjali is an assistant director and hails from Thodupuzha.

The wedding was a private affair and took place at Shatigiri Ashramam on Thursday.