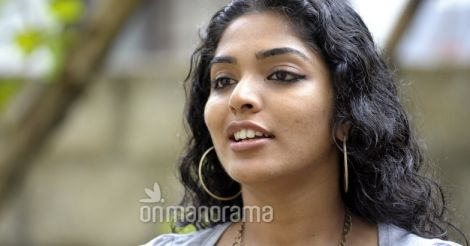 In a popular Malayalam movie in which Mohanlal and Mammootty acted together, there's a scene where the latter's sister, played by Shamili, is cross-examined at court during the trial of a deaf-mute man, who is wrongfully accused of a murder.

The prosecutor adopts an overly warped view of the innocent friendship between the girl and the accused, and throws a befuddling question at her: “Do you love or like this man?" When the girl answers that she loves him, the attorney slyly manipulates the judge into brushing aside the teenager’s witness statement due to her 'love affair' with the man.

The movie may be almost two decades old, but it still carries overtones of Kerala's false morality. We, as a society, still fail to fathom the other shades of love between man and woman.

He was under severe mental stress, says mother of moral policing victim

The latest Facebook post of actor Rima Kallingal echoes the same sentiments. The 22 Female Kottayam actor begins her note with an incident that happened during a film shoot at Alappuzha. A young boy asked her for an autograph and Rima happily obliged. However, he came back to her after some time with a strange request – omit a word from the autograph. The actor had signed ‘Love, Rima’ and the boy didn’t want the dangerous first word. Apparently, he feared that his friends would make fun of him.

We are not sure if Rima gave him another autograph. However, the actor is markedly disappointed by the boy's outlook. "We have a younger generation, growing up scared of the word 'love'. And it could say a lot on how and who they are going to grow up into," she says.

Without mincing words, the actor shines spotlight on the recent moral policing and gender segregation incidents in the state. "Everything adds up to forming a social psyche and a moral fiber that scream out that loud that there is something unnatural about a boy and girl being together…Gender education and sensitization is the need of the hour," she says.

Coming down heavily on moral policing, the actor calls for immediate action against the instigators of the Azheekal beach incident.

She concludes the post with a few rhetorical questions: “Even if the perpetrators of such crimes are punished, who will punish the society who slyly harassed them and drove the guy into suicide? Who will, and how will we change the attitude of a part of the society who is waiting for the (actor's) mobile clip to come out? Whatever said and done, a life is gone. He is no more.”