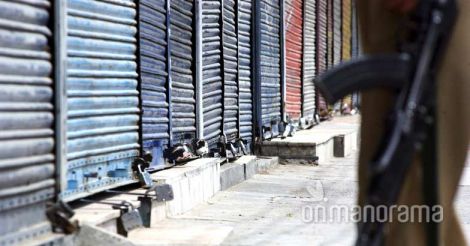 Kozhikode/Thiruvananthapuram: The Kerala Vyapari Vyavasayi Ekopana Samithi (KVVES), the largest trade organization in Kerala with over a million members, has decided to go on an indefinite strike from Tuesday to protest the slump in business in the wake of demonetizing Rs 500 and Rs 1,000 currency.

Addressing reporters here, KVVES State president T. Naseeruddin said that due to the sudden decision of demonetizing their business has gone for a toss.

"Adding to this, the officials are now harassing our members by conducting raids to see how much currencies are there. If things do not change, from Tuesday onwards we will down our shutters indefinitely, and only when things become normal will we open," said Naseeruddin.

Joby V. Chungath, KVVES general secretary, appealed to the Center and state governments to take necessary steps for normalizing business in the state.

"Since Tuesday night, our business has been hit hard and we are losing customers as we do not accept the withdrawn currencies. If we accept the currencies, then accounting becomes a problem. Now there is a huge scarcity of currencies that are legal tender, which the government should have ensured," said a leading provision owner in the capital city, as all are ready to join the protest on Tuesday.

KVVES, formed in 1980 to safeguard the interests of traders, businessmen and industrialists, is a powerful body.

Kunju's arrest was recorded by the VACB on November 18 at the private hospital.