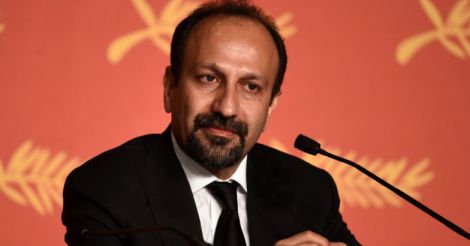 In his statement, which was read out at the ceremony on Sunday, he said: "I'm sorry I'm not with you tonight. My absence is out of respect for the people of my country and those of other six nations whom have been disrespected by the inhuman law that bans entry of immigrants to the US."

"Dividing the world into the US and our enemies categories creates fear. A deceitful justification for aggression and war. These wars prevent democracy and human rights in countries which have themselves been victims of aggression."

"Filmmakers can turn their cameras to capture shared human qualities and break stereotypes of various nationalities and religions. They create empathy between us and others. An empathy which we need today more than ever."

It was up against films from Germany, Denmark, Australia and Sweden. This is Farhadi's second Academy Award.

The Salesman tells the story of an Iranian couple Emad and Rana, who are forced to move to a new apartment, and how their life together is thrown into turmoil by an act of violence.

Another Oscar winner of the night - Alessandro Bertolazzi, who shared the trophy for Best Makeup and Hairstyling with Giorgio Gregorini and Christopher Nelson for their film Suicide Squad, raised his golden statuette and said: "I come from Italy. This is for all the immigrants."