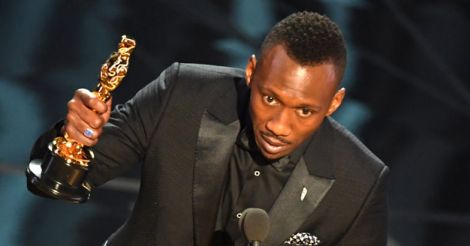 US actor Mahershala Ali delivers a speech on stage after he won the award for Best Supporting Actor in 'Moonlight' at the 89th Oscars. Photo: Mark Ralston/AFP/Getty Images

Islamabad: Pakistan's envoy to the United Nations Maleeha Lodhi came under fire back home for congratulating Mahershala Ali, who became the first Muslim to have won the best-supporting-actor Oscar.

Maleeha faces the backlash for promoting Ali, an Ahmadi, who are considered non-Muslims in Pakistan.

She later deleted her tweet as a response to all the criticism.

Ahmadis are considered as non-Muslims by law in Pakistan and have been persecuted over the years for being Kafirs (heretics). The group has been deprived of religious rights under the Second Amendment to the Constitution of Pakistan.

Ali played the role of a drug dealer Juan in oscar winning "Moonlight", who takes care of Chiron as he struggles to find his place in the world while growing up in Miami.