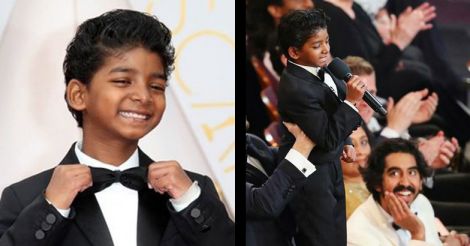 Kimmel went up to the Lion actor, who has built a strong fan base for playing the child version of Saroo Brierley in the Dev Patel-starrer, and asked if he had watched the 1994 film The Lion King.

After agreeing to reenact the scene which featured baby Simba and his father Mufasa, Kimmel and Sunny recreated it in front of Hollywood stars like Nicole Kidman, Matt Damon, Denzel Washington and Emma Stone here on Sunday.

Kimmel lifted Sunny, dressed in a tuxedo, up in the air. 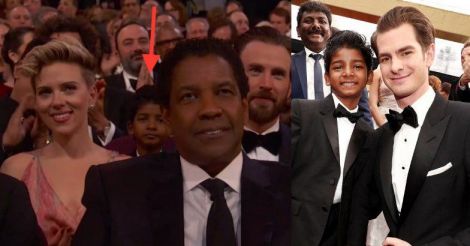 This is not in the first time that Sunny has attended an award ceremony in the West. He also stole the show at the 2017 Golden Globes red carpet in January.

Lion, set in India and Australia, bagged six nominations this year at the Oscars.

#Oscars Jimmy recreates LionKing scene with the kid in the #Lion movie, the kid should've been nominated #SunnyPawar pic.twitter.com/gjFioP3lKu