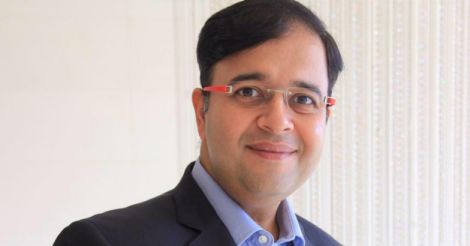 Kochi: The idea of curbing black money need to be supported more than the process as it can enhance the technological and digital development, according to Umang Bedi, MD, India and South Asia, Facebook.

In an exclusive chat with Onmanorama, Bedi hailed demonetization as a giant leap in curbing black money in the country.

This has transformed to be a real alternative economy, he said.

“Digital ventures, start ups and Facebook ourselves are benefiting a lot out of the move, as financial credibility, security and sustainability increases remarkably,” Bedi said.

The era of large bulk content has trended out but publishing and television are not witnessing any fag ends, he said.

Bedi said by syncing television with digital, there will be immense growth in content production and circulation across almost all media forms.

“TV is here to stay. Television is a powerful medium much like print, digital or mobile media,” he said.

Facebook is in a transformation phase and there are vivid changes in how the content is produced and consumed, Bedi said, outlining the evolution that is taking place in the digital domain.

“In the good old days text was the dominant medium. Then it moved on to images, which became the powerful medium to express online.

He said Facebook has set the dawn for the era of live video.

And the next big bet is virtual reality and augmented reality, he said.

“The immersive experience AR would provide is going to take us to a new phase of evolution in the world of digitalities. The form factor of tool or 'device' keep shrinking as the time moves on,” Bedi said, adding Facebook views this as a democratization.

From spreading news to engaging the content, users will get immersed in the news and content, according to him.

Now a major share of video content on Facebook is produced as live videos worldwide and soon “we will live in a time when we make use of the wide prospects of VR on Facebook,” he said.