Column | Painting with structural colours: A leaf out of nature’s book 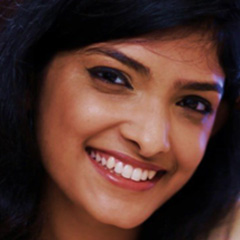 The iridescent colour of a butterfly wing is the result of the exquisite patterning of thousands of microscopic scales linked to thin wing membranes that scatter light. When light strikes the intricate wing, the different reflections compound one another from different angles to produce iridescence and a wide range of colours. In nature, blue is a particularly uncommon colour that typically has a physical origin. Even though they lack the necessary chemical pigments, the wings of the Morpho butterfly are a vivid blue. Our eyes are tricked into "seeing" blue due to the light that is reflected off of its microstructures. Even if chemical pigments are present in butterflies, the amount they contain may not be sufficient to produce the level of iridescence that is visible. In nature, colour is frequently enhanced by the combination of structure and pigment and the physical or structural colour’s hue may alter in the presence of nearby pigments.

Nature gets its colours from chemical pigments, and bioluminescence (the bio-chemical emission of light by living organisms) as well as physical or structural colours. Chemical pigments are responsible for most of the colours we observe in nature, including most floral hues. They absorb certain wavelengths of light, corresponding to particular colours, and reflect others. Most metallic colours in the living world, as well as the spectral hues of the rainbow and the blue-green tints of the ocean, are all primarily physical in nature and the result of optical phenomena. The primary component of structural colouring is regular or partially ordered nano-structures. The wavelengths of reflected light change depending on the orientation of the object and the angle of the viewer, resulting in the colour-changing effect of iridescence. Our visual perception of light generated by our eyes and brain as well as our lived experiences shape what we see as colour. Because ocular mechanisms carry no information about the pathways of colour production in an object, the human eye is incapable of distinguishing colours based on their origin—structural, chemical, or mixed.

The vibrant tail feathers of a peacock have microscopic ridges on which incident light bounces and scatters. While other wavelengths cancel out, those that match the nanoscale distance between the ridges are amplified. Due to a directional effect or colour change depending on the viewing angle, when a peacock feather is held up to the light, the vibrant colours are replaced by a dull brown-black tint. When the feather is thoroughly moistened with water or oil, the colours start to fade. Structural colours change when immersed in a neutral medium with a refractive index significantly different from that of air. In the absence of their distinctive structure, the materials are devoid of their distinguishing colours. This explains why a shredded iridescent feather loses its characteristic hues.

Structural colours could be used in a wide range of industries including the cosmetics, textile, stealth printing, automotive, and wearable electronics industries. Lightweight structural automotive paints on a jumbo jet could save about one ton of weight, which would be significant in terms of fuel costs. The potential of nanostructures to produce an extremely thin continuous surface may aid in the reduction of carbon emissions. Artificial structural colours can also be employed to encrypt data and prevent counterfeiting. One of the most prevalent polymers on earth, cellulose, is used by some plants to produce both solid and iridescent colours. It would be an innovative trash-to-resource approach if cellulose produced from food, textile, or agricultural waste was utilized to produce sustainable colours.

Structural colours offer significant opportunities for the creation of appealing visual effects that were previously unattainable with ordinary colourants. Aside from their aesthetic value, structural colours hold great potential in terms of minimizing reliance on toxic, polluting paints. Conventional paints pollute the air, water, and soil through off-gassing of gaseous components into the atmosphere; through leaching into the soil or groundwater and through runoff into water bodies. Because structural colours are not hazardous to the environment and human health like chemical pigments, they are becoming increasingly significant in the battle against pollution and resource depletion.

Colours produced by pigments do not last very long because of their chemical instability. Because they do not absorb light as pigments do, structural colours do not fade. Structural colours are also unaffected by changes in low to moderate temperatures. Unless the chemical reagents cause the structure to shrink, swell, or sustain other types of damage, chemical treatments have no impact on structural colours. They are also more resistant to light, acid, and alkali than pigmented colours. However, structural colours are inappropriate for some applications, such as printer inks, as they change with the viewing angle. Despite the invention of angle-independent structural colours, reproducing them with high fidelity is incredibly challenging, even using sophisticated nanotechnology. Other challenges include their mass production potential and recyclability.

Research into creating colours that mimic the geometrical characteristics of light-scattering and reflective materials in nature can be advanced by collaboration between biologists and material scientists. This will enable us to colour our world more sustainably.