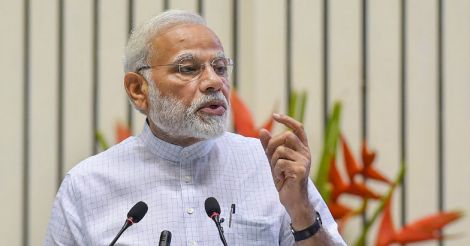 Prime minister Narendra Modi began his term with an assertive foreign policy, with a message that India, as a great nation, with a strong government and a strong leader and a fast-growing economy was ready to make beneficial deals with the powerful nations of the world. He changed the transformational policy of his predecessors to a transactional policy bordering on salesmanship rather than statesmanship.

His priorities were development, security, neighbourhood and welfare of overseas Indians. He gave attention to the neighbourhood, but he failed to accomplish much in this area, essentially because of China’s emergence as a powerful force in South Asia. Today, SAARC is inactive, we are on the verge of war with Pakistan and came close to conflict with China. The other neighbours also appeared to be dazzled by the economic strength of China.

The US was at the centre of India’s attention in the next stage. Here, it was a great success as president Obama shaped a partnership with India to manage Asia-Pacific, where China loomed large. In 2016, India-US relations reached the highest point when India became a close defence partner of the US. But with the advent of Donald Trump as the US president, the global situation became uncertain and India realised that the US could not be relied upon. As a result, the indications are that PM Modi is reshaping policy to seek wider partnerships by distancing himself from the US and getting closer to China, Russia and other countries, stressing “strategic autonomy.”

PM Modi’s keynote address at the Shangrila Dialogue in Singapore on June 1, 2018 gave the clearest articulation of his new thinking. His praise for Singapore itself was a pointer. “This great nation shows us that when the oceans are open, the seas are secure, countries are connected, the rule of law prevails and the region is stable, nations, small and large, prosper as sovereign countries. Free and fearless in their choices,” he said. “Singapore also shows that when nations stand on the side of principles, not behind one power or the other, they earn the respect of the world and a voice in international affairs,” he went on to say. Doesn't this sound as though Singapore is a model he would like to emulate?

PM Modi had no great respect for history and precedents and his initial approach was to think out of the box and overcome what he disapprovingly called “hesitations of history”. But from the very first day when he met the leaders of South Asia, he began to realise that 70 years of history could not be wished away. A gift of a saree for Pakistan leader Nawaz Sharif’s mother or a visit to attend his grandson’s wedding did not help to bring about a thaw in India’s relationship with Pakistan. He learnt very fast that the old issues persisted, regardless of his good intention to resolve them.

US-India Joint Strategic Vision for the Asia-Pacific and Indian Ocean Region developed by president Obama and PM Modi in January 2015 was clearly an arrangement for regional security in the Asia-Pacific vis-a-vis China, which was followed by the Quadrilateral, a grouping of the US, India, Japan and Australia. Characterising these new linkages as having overcome the hesitations of history, he claimed that it had deepened the relationship with the west. But he stressed that “an important pillar of this partnership is our shared vision of an open, stable, secure and prosperous Indo-Pacific Region.” He also spoke with equal warmth about expanding cooperation with China, including trade. “We have displayed maturity and wisdom in managing issues and ensuring a peaceful border.”

The “agendaless” summits with China and Russia were clearly in the context of broadening and diversifying India’s foreign policy. This was affirmed by PM Modi. “In April, a two-day informal Summit with president Xi helped us cement our understanding that strong and stable relations between our two nations are an important factor for global peace and progress. I firmly believe that, Asia and the world will have a better future when India and China work together in trust and confidence, sensitive to each other's interests. Those words are reminiscent of Nehru’s “India-China bhai bhai” approach in the 1950s.

PM Modi’s warm reference to his visits to Indonesia and Malaysia were also significant. He said that India-Indonesia relations were upgraded to a Comprehensive Strategic Partnership. Among other shared interests, a common vision for maritime cooperation in the Indo-Pacific was mentioned.

Modi spelt out the reasons for his new vision of the world in these words. “There are shifts in global power, change in the character of global economy and daily disruption in technology. The foundations of the global order appear shaken. And, the future looks less certain. For all our progress, we live on the edge of uncertainty, of unsettled questions and unresolved disputes; contests and claims; and clashing visions and competing models,” he said.

PM Modi indicated that, after his informal meeting with president Xi of China, he had not changed his views on the Bridge and Road Initiative. “We must not only build infrastructure, we must also build bridges of trust. And for that, these initiatives must be based on respect for sovereignty and territorial integrity, consultation, good governance, transparency, viability and sustainability. They must empower nations, not place them under impossible debt burden. They must promote trade, not strategic competition.” He also spoke of an alternative that India was offering by itself and in partnership with others like Japan, in South Asia and Southeast Asia, in the Indian Ocean, Africa, West Asia and beyond.

PM Modi concluded his speech with a ringing endorsement of the Nehruvian approach to a foreign policy of statesmanship and not salesmanship. “This world is at a crossroad. There are temptations of the worst lessons of history. But, there is also a path of wisdom. It summons us to a higher purpose: to rise above a narrow view of our interests and recognise that each of us can serve our interests better when we work together as equals in the larger good of all nations.”

In PM Modi’s fifth year, having failed in his quest for permanent membership of the Security Council, membership of APEC and membership of Nuclear Suppliers Group etc, he is less assertive about India’s demands. He has reaffirmed India’s faith in multilateralism, globalisation and a multipolar world. He acknowledges the limits of power and the fruits of cooperation. In other words, Modi is on the threshold of adopting a more broad-based policy of solidarity with smaller and weaker countries. Although the US is trying to expand its partnership with India with gestures like redesigning the Pacific Command to Indo-Pacific Command, he is distancing himself from a US-centred policy to a policy of strategic autonomy to build an independent pole in a multipolar world, as envisaged by the previous governments. Perhaps, his unusual “Pranam to Panditji” in his ‘Mann Ki Baat’ in May 2018 may be a straw in the wind.