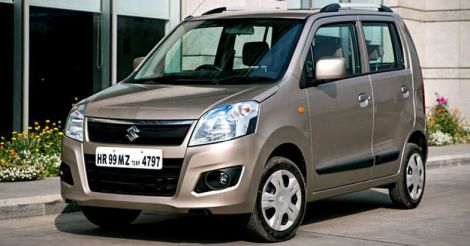 The car, which was first launched in 1995, underwent cosmetic changes in 2003 and 2006 and was given a major design upgrade in 2010 when it was launched on a new platform.

WagonR has remained a consistent performer for Maruti over the years and has a loyal fan following in the country. The car, which was first launched in 1995, underwent cosmetic changes in 2003 and 2006 and was given a major design upgrade in 2010 when it was launched on a new platform. It remained mostly subdued in the market except once when Stingray was introduced. Now the car is once again in the limelight and this time, it has come to woo customers with its automatic-drive capabilities.

WagonR is a multi-activity vehicle with a heavy accent on recreation. The Japanese who made the car styled it in such a way that it could be modified to suit recreational needs as the situation demanded it. So, one could stretch all the four seats of the WagonR to create a double bed, get in and out of the car without bowing too much and take a quick sprint when needed. What the Japanese learnt from the car was soon learnt by Indians when the WagonR was introduced in India. The car has been in the Japanese market since 1993 and there it is called Tall Wagon. The unique height and short bonnet has been retained in all models as a distinguishing family character. 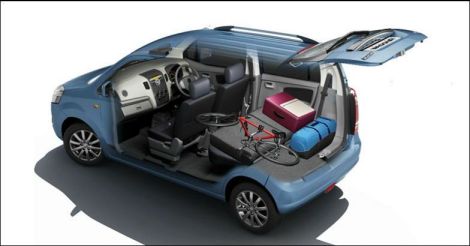 The tallboy design of the car is one of its biggest strengths.

The tallboy design of the car is one of its biggest strengths. Perhaps there is no other car that offers so much of head room that allows easy ingress and egress. The tight turning circle makes driving the car in the city a breeze and the small engine has been put to its paces to extract maximum grunt. As in Japan, the car has been a hit in India, representing geniality and class of the owner.

An imaginary 'V' runs from the grill to the roof. The headlights and grills are prominent and the blue tinge to the headlamps looks nice. The bonnet is not flat and carries an indentation and adds to the height of the vehicle when seen from the sides. Tires are bigger and the quarter glass at the rear is on the back door. The WagonR logo in chrome is eye-catching, adding to the upmarket touch of the car. More glass area offers increased visibility from inside.

The dashboard is one of the best in Maruti cars. The steering wheel, which is similar to the Swift, carries integrated controls. The AC vents are clean and there are pop-up cup holders on the sides of the dashboard. There is also a nifty utility hook on one side of the dashboard that you can use to hang bags. There is a tray below the seat of the co-passenger that can double up as a shopping bag. The car is spacious with loads of legroom and headroom. Since the platform in the rear is flat, it gives enough room for passengers to stretch their legs in ease. Other bells and whistles include big seats, tilt steering, electrical wing mirror, keyless entry, dual horn, rear washer and wiper, driver-side seatbelt indicator and so on. 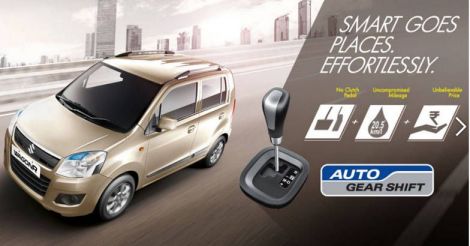 Driving the automatic is easy: shift into drive mode and work your way on the roads with the accelerator and brakes. While the automatic mode makes driving comfortable and easy in the city, there is a manual mode to add thrill to your trips when you need it. The three-cylinder, 998 cc pot churns out 68 ps of peak power and mileage is a claimed 18.9 kms. 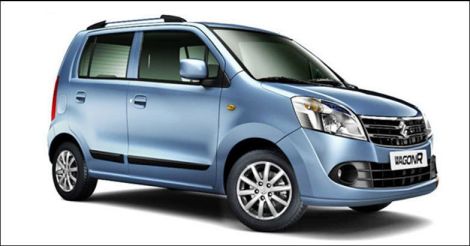 The superior braking inspires confidence and the 4.6m turning radius is apt for the city.

The superior braking inspires confidence and the 4.6m turning radius is apt for the city. The AC is a chiller making the new WagonR a package worth a second look.