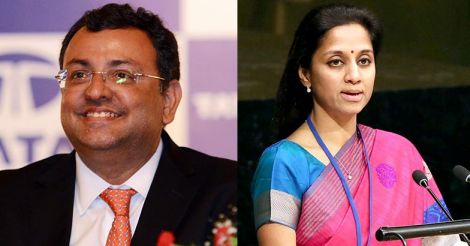 “Tatas are a publicly listed company and all decisions are transparently taken. There can be differences and the Board has all right to take the step they have taken. But, I have an objection for the way the issue was handled,” Sule told PTI.

“I feel what has been done is principally wrong. It could have been done with dignity,” said Sule, daughter of NCP chief Sharad Pawar and Lok Sabha member from Baramati.

She is also known to be a close friend of Mistry and his wife Rohiqa.

Mistry was removed abruptly as chairman of the Tata Group on Monday and replaced by his predecessor Ratan Tata, who will lead India's biggest conglomerate for the next four months till a permanent replacement is identified by a specially-created committee.

Mistry's family firm, Shapoorji Pallonji, is a construction major and one of the largest stakeholders in the Tata Group.