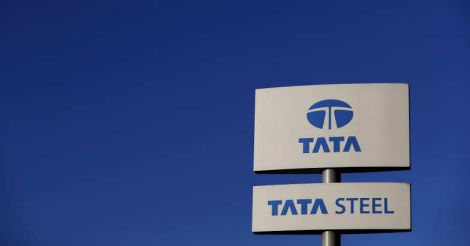 Tata Steel said Thursday its financial statements present a true and fair value of the company, in response to a request for clarification from stock exchanges.

The exchanges made the procedural request after the former chairman of parent Tata Sons Ltd, Cyrus Mistry, Wednesday said the group could face an $18 billion writedown, partly related to the acquisition of its European steel business.

"As part of the preparation of financial assets, the value-in-use of the assets of the Company is tested for impairment as per the Accounting Standards," Tata Steel said in a statement.

The company said it had nothing further to "comment or disclose."

Shares of Tata Steel, Tata Consultancy Services and Tata Motors fell 1.1 percent to 3.8 percent, while Tata Teleservices was down 10.5 percent in morning trades.

According to an internal letter sent by Mistry to the Tata board, potential writedowns were due to poor investments

The board has not said publicly why it removed Mistry from the post.

plunged as much as 11.4 percent, while Tata Power lost as much as 4.2 percent.

Tata group companies are biggest decliners on the broader

Why is Sivasankar not suspended yet, Ramesh Chennithala hits out at Kerala CM

Chennithala also said the opposition will move a resolution in the Assembly against Speaker P...