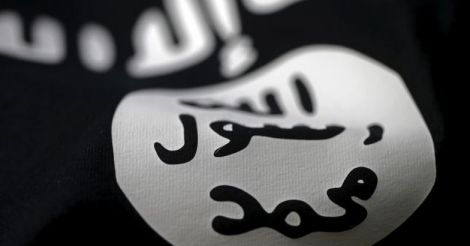 Thiruvananthapuram: Intelligence agencies in Kerala have alerted the state government about threat from Islamic State (ISIS)-linked module to two High Court judges and some politicians, close on the heels of NIA arresting 7 persons of the terror module from the state.

A report in this regard has been submitted by ADGP of intelligence to chief minister Pinarayi Vijayan, who also holds the home portfolio, police sources said.

The sources, however, declined to divulge further details.

The National Investigating Agency (NIA) Sunday arrested six persons from north Kerala for allegedly plotting terror attacks in the country during the agency's ongoing investigation into the disappearance of 21 people from the state who are believed to have joined the Islamic State.

The agency arrested a 7th person – named Nassar – from Aniyaram near Panoor in Kannur Tuesday for suspected links with ISIS.

From garment business to computer engg, IS suspect has dabbled with it all

NIA teams along with Kerala police, Delhi police and Telangana police had launched surveillance on the movements of the accused involved in the conspiracy and during searches, the suspects were arrested from Kozhikode and Kannur districts.

Out of the six arrested Sunday, five of them were arrested while they were conducting a meeting at Kanakamala hilltop in Kannur and another person was arrested from Kuttiyadi in Kozhikode, a NIA release had stated.

The NIA has already registered a case in connection with the 21 missing youths from Kerala who are believed to have joined ISIS terror group in Afghanistan and later moved to Syria and some other countries.

Meanwhile, DGP Loknath Behara said state police has strengthened its vigil in the backdrop of the arrests by NIA from the state.

The state police will be monitoring the situation in cooperation with Central agencies, he told reporters.

NIA sleuths conducted the examinations after they found that the officer had links with Yasmin, one of...