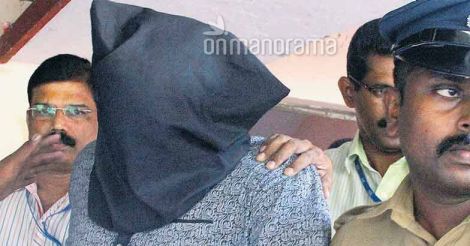 Kochi: Subahani Haja Moideen, the salesman arrested in Tamil Nadu’s Tirunelveli district in connection with the bust of a suspected Islamic State module in Kerala, had been coordinating the activities of the IS modules in Kerala, Tamil Nadu and Telangana, the National Investigation Agency suspects.

The men arrested at Kanakamala in Kannur were all members of the Kerala module of the terror outfit based in Syria and Iraq.

The NIA sleuths who registered a case against the men found at Kanakamala have found that some of their accomplices were in the United Arab Emirates. The agency has sought the help of the Interpol to repatriate them. The investigators have already zeroed in on the members of the Tamil Nadu module, sources said.

Subahani, whose parents and siblings live in Thoudpuzha in central Kerala, once fought for the terrorist outfit in Mosul in Iraq. He had seen his companions going up in flames in a shell attack and had spent 55 days in jail for trying to desert the IS.

Subahani had been trained to use deadly weapons such as the Russian-made heavy machine gun called Dushka and grenade launchers.

He, however, could not cope with the gruesome face of the battlefront in Iraq. He was jailed after he tried to leave the IS but later ended up in Turkey along with five other terrorists. His briefing was to help build the terror outfit’s network in India.

Meanwhile, the NIA is trawling the cyber space for posts and notes sympathetic to the IS. The agency has asked Facebook, WhatsApp and Google to part with back-end information on messages bearing terrorist propaganda.

6,316 new COVID cases in Kerala after 56K tests on Wednesday

With this, the total number of active cases in the state rose to 61,455. Malappuram, Kozhikode and...