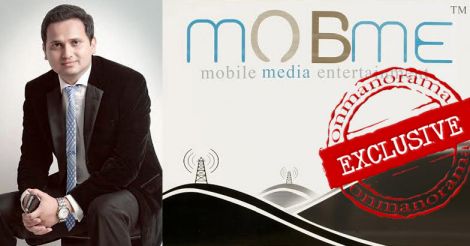 Chillr, a startup often touted as the ‘Whatsapp of Money’ positions itself as the country’s first multi-bank payment application. Backwater Technologies, a wholly owned subsidiary of MobMe Wireless Solutions, operates Chillr, which was set up in December 2014 with a seed funding of $1 million from the parent company. Earlier this month, Chillr raised $6 million (Rs 40 crore) from Sequoia Capital, in an yet to be closed Series 'A' round of funding. Chillr founder and CEO Sony Joy, an alumnus of College of Engineering, Thiruvananthapuram, who was inspired by the entrepreneurial paths of Steve Jobs and Richard Branson, tells Onmanorama the story behind Chillr, its unique selling proposition and what it means to associate with Sequoia, which has worked with some of the best and brightest entrepreneurs and startups across the world including Google, Apple, Airbnb and LinkedIn.

On choosing an entrepreneurial path

Read a book Rich Dad, Poor Dad by Robert Kiyosaki during high school days. That along with the entrepreneurial skills of the likes of Richard Branson and Steve Jobs prompted to think differently from the crowd. So during college days, when everyone was getting placement offers with ease, we (co-founders at MobMe Wireless Solutions) chose to skip job profiles that made no impact or much significance to anyone around. We decided to be job givers than job seekers.

On the trigger which led to establishing Mobme Wireless

We did a viral marketing activity for BPL Mobile that earned us some real good pocket money while in college. We helped them sell 14,000 SIMs to some 70 plus engineering colleges across Kerala at zero marketing spent. We loved the business experience and learnings and decided to do something long term and focused around technology. Mobile was the domain of choice since we could relate to the demands of India's burgeoning young generation, being equally part of that group.

On how the idea of Chillr emerged

Mobile Payments was something we were very passionate about all through our telecom business days. But since the Indian regulatory environment was very different, we knew that the ultimate solution to cracking mobile payments would not possible just with telecom infra. Instead you needed banking partnerships. The growth trend of smartphones in 2012 gave us the confidence to pursue this by working closely with banks.

We spent close to two years understanding the space before we finally marched ahead with the concept of Chillr. If you look at most service industries like say airline or hotels or movies, there are central platforms or aggregators, which bring together services of multiple brands under one roof. But in Indian banking space, there were no central websites or apps that would let customers access services of multiple banks.

Chillr makes it possible to send money to anyone in your phonebook without having to know their account number or IFSC code or anything. All fund transfers are bank account to bank account and are authenticated by a four-digit MPIN issued directly by your respective bank. Unlike prepaid wallets, on Chillr you don't have to move money from your bank and load money into a virtual account. So the money stays in your saving bank account and earns you interest till the point when you actually want to spend or transfer to someone's account.

The revenue model envisaged for Chillr

Apart from peer-2-peer payments, Chillr also enables mobile/DTH/datacard recharges, utility bill payments, payments at online and offline stores. Our principle is that end users shouldn't be charged at any point for transactions. Instead we prefer models where commercial establishments using the Chillr eco-system to accept money would be paying a small fee.

We are competing with cash. If mobile payments have to work in a country like India, it has to be better than hard cash in all aspects. Convenience, speed of transaction, security, amount of money you can access at some point etc.

During on-boarding of a user, after verifying the mobile number, we check with the partner bank's mobile banking database to see if the user has an existing bank account with the said bank. If yes, then all the necessary details for sending money into that account is automatically fetched from the bank and hence the customer doesn't have to enter account details even while registering. When a registered user sends money to another Chillr user, our secure cloud already knows the beneficiary details since that user also has once went through the same registration process.

MobME headquarters is in Kochi. We have tremendous access in Kerala and we are wired into the startup eco-system there through initiatives like Startup Village. It was hence a conscious decision to keep our engineering team based out of Kochi entirely. We also have our support team based out of Kochi. Our strong roots in Kochi help us a lot when it comes to hiring and retention. Business team is entirely based out of Mumbai since all the major financial institutions are headquartered there.

On transactions facilitated per day, average amount and targets

Currently we do 5,000-6,000 transactions per day. Peer-2-peer transfers have an average value of Rs 1,000 and inter-bank transfers have an average of Rs 2,500. We hope to hit 1,00,000 transactions per day by end of March 2016. On tie-ups with merchants and banks Two banks are live. Another two more have finished integration but we are awaiting some approvals. We have commitments from close to another five more banks already and we are getting the paperwork done now. We plan to have 15 banks live by March 2016.

It will most probably be under $1.5 million.

Sequoia will have a board representation in Chillr. As a fund, Sequoia has worked with some of the best and brightest entrepreneurs and startups across the world including Google, Apple, Airbnb and LinkedIn. We are keen to learn from their experience and honoured by their belief in our team.