Rahul Gandhi's Thar is a star in Wayanad's tribal hamlets 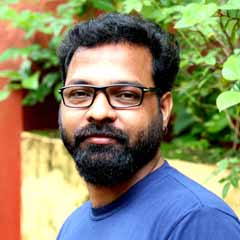 Wayanad: The night is a shade darker in the Panappadi tribal colony in Muthanga; the canopy of the rainforest preventing sunlight from penetrating even during the morning.

The forest air is but suddenly rented by the deep, shrill cry of a young woman in advanced labour. The 26-year-old is a resident of the tribal colony and she, like her elders, would have given birth without medical assistance inside the colony. Many women have died during labour in this colony in the past and others developed complications.

The need to shift her to a hospital weighed heavy in everyone’s mind. Now, there is a decisive turn of events. They contacted the medical authorities of the Noolpuzha family health centre (FHC) and in minutes a Mahindra Thar four-wheel-drive SUV was despatched. It came in through the rugged terrains of the forest and took the woman to the hospital. Minutes after she was wheeled in to the hospital, she was blessed with a baby.

This was not the first instance of the Thar, provided by Rahul Gandhi, Congress leader and Wayanad MP, playing saviour for the indigent tribal communities of Muthanga.

The MP had provided the vehicle to the FHC, Noolpuzha, under the MP's Local Area Development (MPLAD) scheme.

Months ago, when a 20-year-old Kattunaykka boy fell off a tree at midnight while collecting honey near the Odakkolly tribal colony, the same Thar was deployed to take him to the hospital. His life could be saved.

More than 13,000 tribal people who live in various colonies inside the forest vouch for the efficiency of this system put in place. The vehicle has been instrumental in reaching much needed medical assistance to those living on the fringes in the past eight months.

Helping transform life of the tribal communities living in remote areas in my Lok Sabha constituency Wayanad by providing them medical care at their door step.

The jeep was provided in December 2019, following a special request from the authorities of the FHC. They thought an all-terrain vehicle would facilitate the easier movement of medical teams and health volunteers to these colonies. It has been a revolutionary measure as, usually, people have no other option but to walk long distances by carrying the ill and the disabled.

In the Noolpuzha village alone, 61 per cent people belong to tribal communities. It is the only village in Kerala where the tribal population is higher than that of other communities. Of the 250 tribal colonies, more than 15 are in areas demarcated as ‘deep forest areas.’

“The people of colonies are not out of the purview of medical assistance now; the arrival of the jeep has been a boon to the colonies,” says Pushpa O V, an Asha worker who lives in the Odakkolli Cholanaykka tribal colony, situated around 14 km from Sultan Bathery.

“Earlier, we had to walk through deep forest, in the constant fear of encountering wild elephants, to take patients and pregnant women to hospitals. Now, the medical teams come to our doorstep to provide care. At least six deliveries were done in hospital atmosphere after the arrival of the jeep,” she said.

Before that, she said, a 24-year-old girl had died immediately after the delivery of a baby at her house four years ago. Two others had their delivery inside the forest, en route the hospital.

The vehicle has also prompted health officials under the Noolpuzha FHC to organise 20-25 medical camps every month in different colonies, deep inside the forest. The FHC has another vehicle, purchased 13 years ago, and an ambulance. But both these vehicles are ill-fit for the forest terrain.

“We had sought a vehicle years ago when M I Shanwas was the MP. The request was turned down. When Rahul Gandhi visited Wayanad, we submitted a memorandum and he sanctioned Rs 8.2 lakh for the vehicle. A team deputed by the MP recently visited the area and organised medical camps in tribal hamlets. The team members are happy that the vehicle is being used effectively,” Dr Dahar Muhammed, FHC Medical Officer, said.

The FHC has a medical officer exclusively to deal with the issues of tribespeople.

Priya, a resident of Puthur tribal colony, said medical and vaccination camps were being regularly held in their colony every month as medical teams were able to access the colony using the vehicle.

“It is a great relief to the entire tribal population in the region that round-the-clock vehicle facility is available in colonies even in interior forests. There are some mentally challenged people in Kurichyad colony. The delivery of medical care at their doorsteps is beneficial to them too,” said Biju, a resident of Kakathod colony and chairman of Gothra, a tribal youth organisation which is active in the region.

Recently, Rahul Gandhi had posted a video of the jeep negotiating a nondescript forest in Noolpuzha on his social media accounts.

“I salute the doctors and other healthcare workers in my constituency, true heroes, whose selfless service helps save lives. I’m happy to have been able to help them,” he said in a note which was posted under the title ‘The Road Less Travelled.’