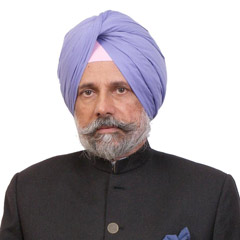 The interim cabinet announced by Taliban balances the pressure from internal and external forces. It should hardly be surprising that many of the appointees are on terror watch-lists of the United Nations or the United States. The reason is that the original pantheon of leaders under the Amir al-Mu'minin Mullah Mohammed Omar, who died in 2013, lived safely in Pakistan under the protection of Pakistani army. They have now re-surfaced as if the last two decades never existed.

Mullah Abdul Ghani Baradar was arrested on US urging, but not even released when US wanted him to negotiate a peace deal between Taliban and then Afghan president Hamid Karzai.

One of the few Taliban leaders targeted was Mullah Omar's successor Mullah Akhtar Mansour. He was killed in a US drone attack, while travelling back by road from Iran. It was speculated that his protectors in the Inter-Services Intelligence (ISI) betrayed him as he was operating independently of them. Thus, Pakistan’s deep state has nursed the top leadership of Taliban, provided they played by their rules.

The visible and repeated presence of ISI head Lt. Gen. Faiz Hameed in Afghanistan indicated Pakistani army’s critical role in shaping the new pecking order. He was in Kabul on the very eve of the interim government’s formation. This followed the rapid occupation of even Panjshir Valley by the Taliban forces, allegedly assisted by Pakistani military. Consequently, Tajik resistance, under son of Ahmad Shah Masoud, melted into thin air. In the past, the valley withstood the might of Soviet army and the Taliban during their last stint in power in 1996-2001. Clearly, some hidden hand was at work, providing intelligence and military guidance to Taliban’s otherwise loosely structured forces.

None doubted that the present head of Taliban Sheikh Haibatullah Akhundzada shall continue as the Supreme Leader. Unclear was how the moderate and relatively radical groups of the Taliban leadership would be mutually adjusted. Mullah Hassan Akhund became the prime minister of the "acting" government. He has headed the Taliban’s leadership council called the “Rehbari Shura’ over the last two decades. He was a minister in the last Taliban government. Mullah Baradar, more visible as the head of the Taliban office in Qatar and seen as a moderate, was seen as an aspirant to that post. He perhaps missed out as he was seen as not as Pakistan-friendly as Mullah Akhund. Similarly, expectation that Sher Mohammad Stanikzai, a former graduate of Indian Military Academy, would be foreign minister proved wrong.

The moral is that India cannot allow sentimentalism to colour its approach to the Taliban. The appointment of ISI aligned Siraj Haqqani as Interior Minister, listed by the US as a most wanted terrorist, clearly shows the role Pakistan is playing in placing those it trusts at the core of the new government. India has always claimed that the Haqqani network was behind terror attacks on Indian missions and posts in Afghanistan. By getting the leader of that group to control internal security Pakistan has complicated India’s path to re-opening its missions or recognising the Taliban government.

Indian government must have examined the possibility of such an outcome. The visit by Russian National Security Adviser to India provides an opportunity to assess if Russia also is beginning to get concerned about the new forces at play in Kabul. So far it has appeared to quietly accept the transition. Iran is the only nation that has expressed concern over Taliban overrunning Panjshir valley. Besides Iran’s religious connect with Afghanistan’s Shia Hazaras, the Tajiks in Afghanistan, as indeed in Tajikistan, fall in the Persian footprint. India will have to re-prioritise its relations in the region as other nations also get concerned about Taliban’s governance.

What US exit proves

The lesson is that close alignment with and over-dependence on a major power like the US when dealing with India’s immediate neighbourhood can be perilous when that power re-sets its security priorities. They can suddenly exit, leaving behind turbulence and uncertainty, but India is stuck with the consequences.

Both Iran and Russia would remember past snubs that India delivered when pursuing a closer engagement with US. Taliban may yet prove it is not the puppet that Pakistan imagines it now controls via its plants. Pashtuns are barely half or less of Afghanistan’s population. Would the world accept the new government as credible without women or real representatives of other main ethnic groups? Coming weeks will show whether enough nations buy the fiction that Taliban II is a new and responsible government. By its looks it does not appear so.

(The author is a former secretary, Ministry of External Affairs, and also ex-ambassador to the UAE and Iran.)