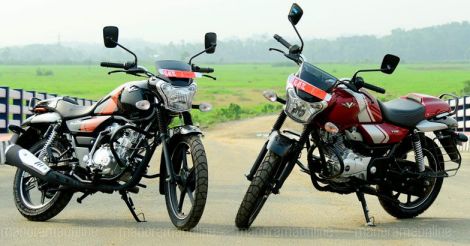 INS Vikrant is India's most iconic naval ship. The Majestic-class aircraft carrier, which created a legacy as the pioneer of the Indian Navy's aviation arm, was acquired from Great Britain and was inducted into the Navy fleet in 1961.

Vikrant was decommissioned in 1997, after 36 years of glorious service, during which it played a major role in successful Naval blockades, inflicting heavy damages on enemy warships in deep sea battles. 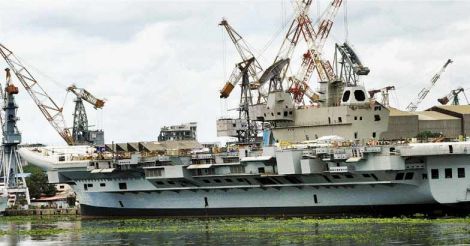 Soon after the initiation of Vikrant in the Indian navy, the aircraft carrier and its battle group was fielded to thwart the Portuguese military intervention during the invasion of Goa. The mighty warship patrolled along the coast to deter foreign interference. 'Vikrant', meaning 'courageous' or 'victorious' in Sanskrit, justified its name in true sense as the armed action ended centuries of Portuguese colonial rule in Goa. 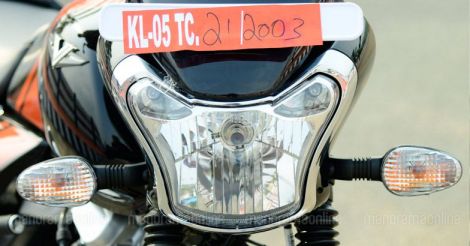 Following the decommissioning, INS Vikrant served as a maritime museum for a brief period, however, the proposal to convert it into a permanent museum for future generations failed to materialize due to varied reasons, primarily due to financial constraints. In 2014, the ship was sold through an online auction and eventually went to the scrapyard, closing a chapter in India’s rich and glorious maritime history.

The legend of the India's first aircraft carrier, INS Vikrant lives on in an all-new avatar, courtesy a masterly move by Bajaj Auto, one of the world's largest manufacturers of two-wheelers. The fuel tank cap of Bajaj V12, the latest 125cc premium commuter in the V series, has been crafted using the recycled metal from the dismantled INS Vikrant. 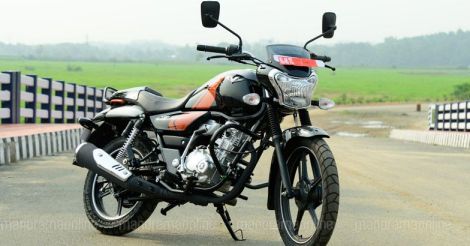 Bajaj named the new series just 'V', and it has become an instant hit among motorcycle aficionados. It was only recently V15, the 150cc offering from Bajaj Auto, hit the Indian market. Riding on the model’s success, the bike-maker launched a new 125cc bike based on the same design platform, badging the latest one as the 'V12'. Priced competitively, the new bike is cheaper and fuel efficient compared to its predecessor. 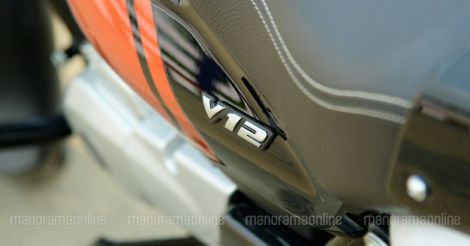 The V12 boasts a premium design, arguably the best among the vehicles from the Bajaj stable so far. The success of the V15 could be attributed to its unconventional design and looks as compared to the regular commuter bikes available in the local market. Bajaj has adopted a similar design strategy for V15 as well. At first glance, V12 looks too similar to its older sibling. It also flaunts a well-designed headlamp and a muscular fuel tank.

V12 gets a front mudguard finished in black and head lamp with chrome coating. The fuel tank sports stylish logo and graphics. The body colored seat cover adds a youthful appeal to the vehicle. The rear seat cowl is removable to provide adequate space for a pillion rider. The other major changes are slimmer 30 mm front telescopic forks and narrow tires. The analogue digital console in V15 has made way for a basic analogue fuel gauge. 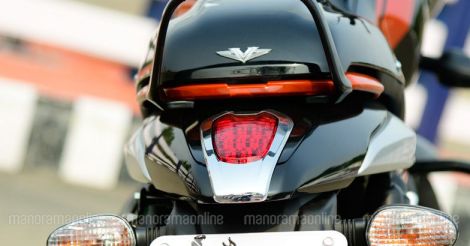 Though V12 has undergone minor changes in a bid to make it cheaper than V15, the vehicle's aesthetic value is not compromised. It is arguably the most stylish bike available in India in the 125cc category. 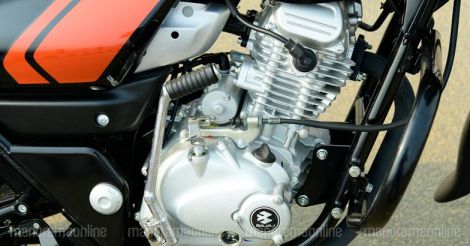 The new Bajaj V12 is powered by a 124.5cc, single-cylinder, four-stroke engine, which produces 10.7 BHP at 7500 rpm and 11 Nm torque at 5500 rpm. The air-cooled engine pumps out better power and torque output while offering a decent mileage. It is easy to handle and maneuver comfortably through city traffic. Sporty suspension and excellent road grip make V12 a great bike to drive even on bad roads.

The bike has highly responsive drum brakes for both front and rear wheels. Priced at Rs 58,320, V12 promises an impressive mileage of 65-70km/l in average riding conditions.