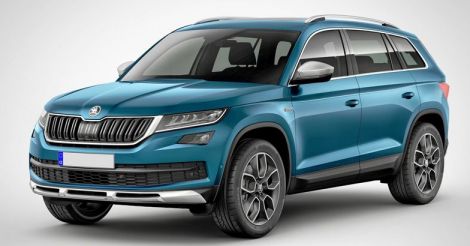 Skoda Kodiaq has earned a name for being as sturdy as a Kodiak bear. Kodiaq carries no baggage. The mid-sized SUV that made its global debut in February 2017 is all about novelty.

Kodiaq shares the same Volkswagen midsize platform with Volkswagen Tiguan and the upcoming Audi Q3. Still Kodiaq is the longest in the league. It is a seven seater.

Car of the year

Kodiaq has earned laurels in almost all European countries and even in China before making its Indian debut. Skoda expects to reclaim its reputation as a luxury brand with the new model. 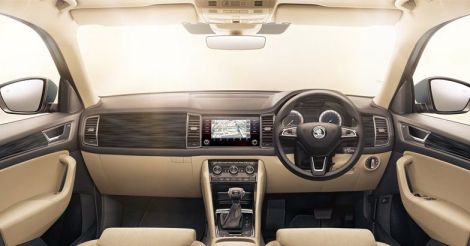 When Skoda entered the Indian market, it was considered one of the most luxurious and expensive vehicles around. Indian consumers, however, were not very happy with the high maintenance cost of Skoda cars.

Skoda is known for its automotive designs that stands out in the crowd. Recent offering were particularly eye-catching. The designs combine youth, elegance, luxury and style. Kodiaq has the same signature stamp found in Rapid, Octavia and Superb. This is definitely the prettiest in the class. 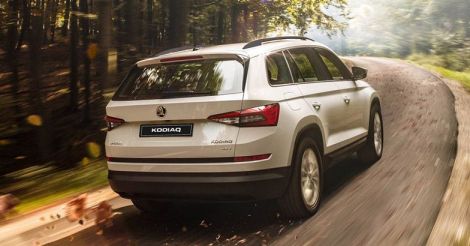 Skoda is a brand that matches the quality of German giants such as Audi and Volkswagen. Yet it has the lowest maintenance cost among the lot.

The pride of Eastern Europe has never compromised on its image as a luxury brand.

Kodiaq is an unparalleled seven seater. It is an SUV with the compact design of a car. It’s design is unique. Kodiaq stands out with its unique design in the crowded SUV segment. 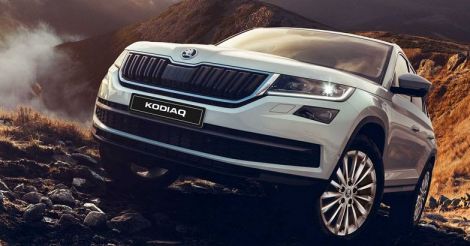 Kodiaq makes an unmistakable presence like a brown bear in the snow. Its grill, logo and the masculine body line makes it a beast to reckon with. Still Kodiaq is more of a family vehicle than an SUV.

The interior is a symphony of black, beige and ivory. Passengers can sleep like babies in the comfortable back seats. The adjustable head rests, rear A/C vents and the air-conditioner that can be divided into three zones make travel an easy affair.

The cruise control system, the boot that can be operated just by showing the feet under the bumper and head lamp washers are added features. 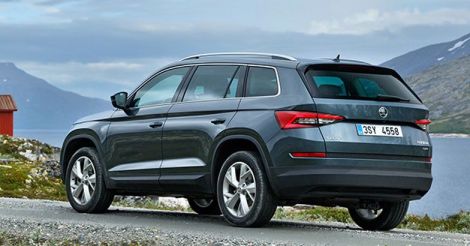 The seven-speed DSG gear box only demands one leg from the driver, while the automatic parking assistant lets the driver relax totally. You just have to turn on the mode for the car to park itself.

The front seats can be adjusted into 12 positions with an electronic switch. A panoramic sunroof and surround stereo complete the luxurious features.

Kodiaq is an effortless drive. The 2 litre engine comes with 110 kilowatt. It is an all-time four wheel drive. You will forget that your are driving a big beast. 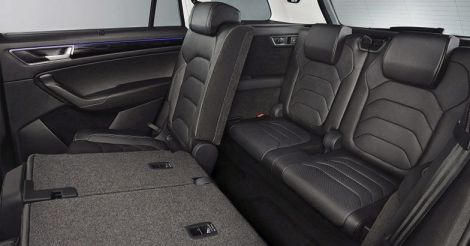 The diesel engine is calmer than the petrol version. However, do not let the gentle features deceive you. Kodiaq can match the speed junkie in you mile by mile. It can glide over highways and forest paths.

Kodiaq comes with a price tag of Rs 34.5 lakh but it has the facilities normally found in a vehicle that costs around Rs 1 crore.