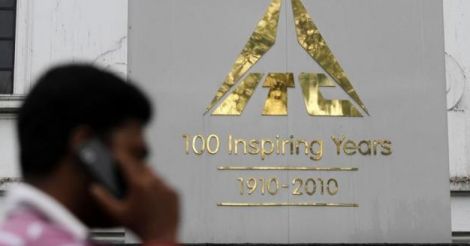 Indian shares fell on Tuesday from record highs hit in the previous session as the country's biggest cigarette maker and index heavyweight ITC Ltd plunged after the central government increased tax on cigarettes.

Tax on cigarettes were raised on Monday, resulting in an increase of as much as Rs 792 for every 1,000 cigarettes. The new rate will be effective from Tuesday.

Shares in ITC Ltd fell as much as 15 percent, posting their biggest intraday percentage fall since October 2012 and accounting for more than half of the losses on the indexes.

According to reports, nearly Rs 60,000 crore of investors wealth were wiped off following the GST council decision to increase cess on cigarettes.

"Market opened on a lower note due to impact of cigarette cess announcement on ITC. Having opened lower, it suggests that bargain hunting trickled in and attracted good buying (in broader markets)," said Anand James, chief market strategist at Geojit Financial Services.

Stocks such as Tata Consultancy Services Ltd and Yes Bank Ltd were 1 percent and 1.5 percent higher respectively, after declining for the last two sessions.

Consumer staple stocks accounted for nearly two-third of the losses on the Nifty, with Nifty FMCG index posting its biggest intraday percentage fall ever.

Shares of other cigarette makers such as Godfrey Phillips India Ltd also slipped over 10 percent to their lowest in nearly three months.

Read: Business News | Flipkart lifts bid for rival Snapdeal to up to $950 million