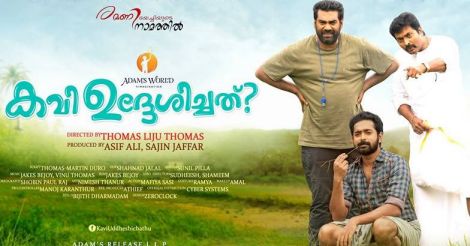 A poster of 'Kavi Uddeshichathu'.

Why would the makers of Kavi Uddheshichathu..? release this small budget film, directed by a debutant duo, along with Mollywood biggies Pulimurugan and Thoppil Joppan, many of us wondered. And to my surprise, the movie hall was near houseful even four days after the release.

The film begins with a run-of-the-mill brief episode featuring the childhood of soon-to-be hero and heroine - Kavalam Jimmy (Asif Ali) and Jasmine (Anju Kurian). Along with them, we are introduced to a volleyball-crazy village, Allimoola. The villagers' love for the game goes beyond the court to a bizarre extent of betting where even marriage ties are decided over it.

Jimmy's Allimoola Gangs is the ace volleyball team in the village. Their latest success is to notch up fourth spot in a tournament in which only four teams competed, reveals not their haters but a flex board placed in the village center by the team members themselves. The eventful narrative soon shows us Jimmy getting into a spat with top cop Noble Jacob IPS (Saiju Kurup) when he and two pals (Abhishek and Sudhi Koppa) unsuccessfully try their hands at a police recruitment test. Back in Allimoola, they have to deal with antics of a rich, boastful Vattathil Bosco (Narain), who also happens to be Jasmine's brother. We also have two other interesting characters – a bullet-riding Gladys (Lena) and Minnal Simon (Biju Menon) who appears on the screen after the lemon break. The net is high and thick in front of Jimmy! 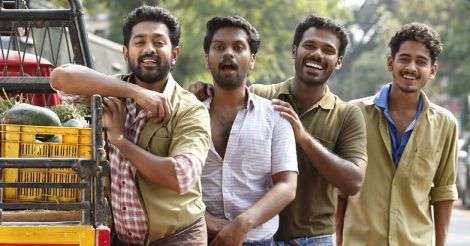 Worry not, for the number of events unraveling in front of you will never distract or bore you, instead will just keep you hooked to the movie. In Kavi Uddheshichathu..?, with a simple yet lively portrayal of the story, director duo Thomas-Liju Thomas brings back the charm of old-school movie making that Malayalam cinema celebrated in the 90s. A neat dosage of humor, sprinkled over in an entertaining manner, will force you continue the game even though you would get to know the final result halfway through the match.

The movie, written by Thomas and Martin Duro, throws its twists in the course of action of the narrative while sticking to the busy story thread. One might come across a couple of I've-seen-this-before-a-lot situations, but they won't act as speed bumps. The makers have skillfully and effectively weaved in Liju Thomas's much-appreciated short film Ramaniyechiyude Namathil (In The Name of Ramaniyechi) into the film. 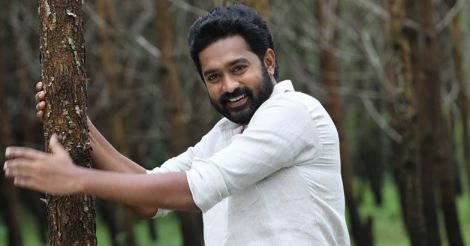 The crew also deserves a pat on their back for subtly pushing the sport element in this village chronicle. Volleyball is a widely played game in rural Kerala and the directors have exploited its appeal in the right amount to keep things interesting enough. The game sequences are impressively shot too.

Asif Ali plays the village youth with conviction and vigor. A lot of emotions are safe with him on screen. His gang members are a natural lot – Balu Varghese, Sudhi Koppa, Abhishek, Ganapathy (Pranchiyettan, Vinodayathra fame) and the teen kid – they're fun. Narain resorts to over-the-top mannerisms, maybe to go with the nincompoop character he is given in the film. Anju Kurian needs to hone her acting skills. Lena is apt as the strong woman that Gladys is. And now, the top laurels go to... Biju Menon, without a second thought. He is raw, funny and effortless as Minnal Simon.

On the technical side, Shahnad Jalal's camera and chopping work of Sunil S. Pilla go in tandem with the movie. The soundtrack of the movie is nothing to write home about. 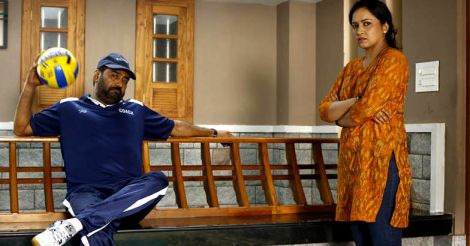 Biju Menon as Minnal Simon and Lena as Gladys in 'Kavi Uddheshichathu'.

Kavi Uddheshichathu..? is a simple entertainer worth spending your money and time on.

Overheard in theater: While walking out of the movie hall, a husband asked his wife – how did you like the film? She said: “It was good. Better than the other volleyball film we watched recently.” 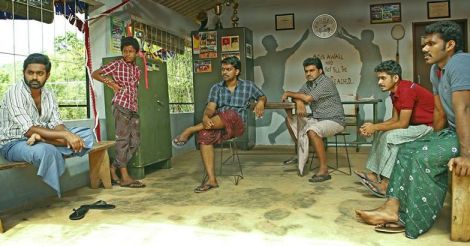 Allimoola Gangs are a fun lot.
×
related stories
Your Rating:
Thank you for rating.
You have already rated this article !!!
Mail This Article
Your form is submitted successfully.