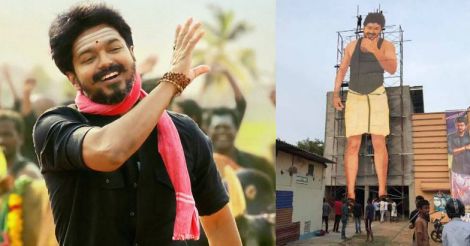 Directed by Atlee, the film features Vijay in a triple role

It seems Vijay is set to rock the Kerala box office. Vijay's Mersal has a huge hype surrounding it and the film has got a massive release across Kerala on Wednesday that too on 350 screens. Leading distribution house Global United Media has the Kerala distribution rights of the film.

Vijay had to face lots of ups and downs before establishing his fan base in Kerala and Mersal is his 61st movie as the lead actor.

Directed by Atlee, Mersal features Vijay in a triple role. Pairing up with him in the film are Kajal Aggarwal, Samantha Ruth Prabhu and Nithya Menen and the rest of the star cast include S J Surya, Vadivelu, Sathyaraj, Kovai Sarala, Rajendran, Sathyan, Misha Ghoshal, Yogi Babu, Hareesh Peradi and Cheenu Mohan.

Made on a budget of Rs 130 crore, the film has been produced by N Ramasamy, Hema Rukmani, R Mahendran and H Murali under the banner Thenandal Studio Limited. 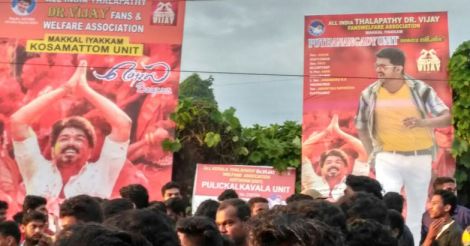 Popular magician Gogo Requiem, who had trained Vijay with some magic tricks, had said in a Twitter interaction last month that the actor's portion as a magician in the film will be astonishing. In response to a fan's question on how the magic segment has come out in the film, Gogo tweeted: "Can't tell too much. Believe me; the magic portion will astonish you."

Oscar-winning music composer A R Rahman has set the tunes for the film with G K Vasan cranking the camera and Ruben in charge of the editing.

Earlier, in Kerala, Mersal faced stiff opposition from the Film Distributors Association (FDA), which directed theaters in the state not to release it as the losses incurred for Vijay's Bairavaa were not settled. But now, with the advance booking on, sources reveal that distributors are expecting Mersal to break Baahubali’s record in the state.

Here's a timeline from theater: 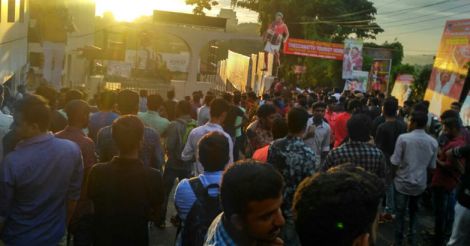 > Vijay is seen as a doctor, magician, and a village leader 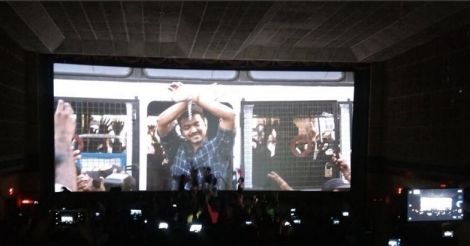 > Interval comes with a punch

> SJ Suriya steals the show with his realistic performance 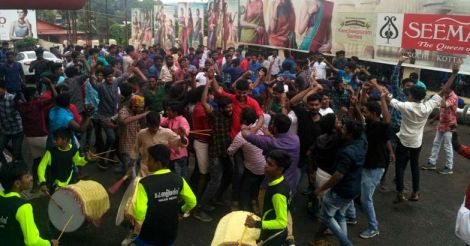 > A mega-visual treat for fans

Meanwhile, check out what works and what doesn't in the Vijay-starrer:

Also, have a look at what audience said about the movie:

#Mersal - Congrats @Atlee_dir for giving us this year's biggest blockbuster ! You have achieved the impossible !!

Liked #Mersal overall. Great entertainer with some seriousness. Bit lengthy, but vijay was awesome and pulled it for the movie.