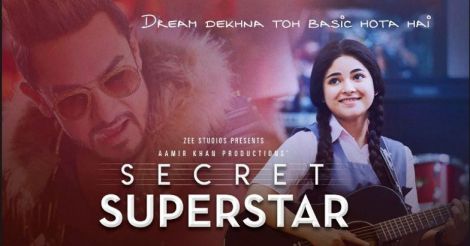 What one likes about Aamir Khan is that, with every act of his, he transcends as an actor. He surprises you by eerily getting into the skin of the character. With his various unconventional get-ups and demeanour, he makes you believe that he is the character he plays. And that too convincingly.

In Secret Superstar, with highlighted hair, stylized beard and a flamboyant getup, he depicts an out-of-luck music director, Shakti Kumaarr who is looking for a muse to revive his failing career. His performance is surely outstanding and entertaining.

His character takes a backseat in the narrative, but he is prominent. And the film is not about him.

Borrowing heavily from the 2015 released indie American film 'Rock the Kasbah', this film is smartly remodelled with cultural relevance into a melodramatic mother-daughter relationship tale.

Narrated in a simple, old-fashioned, heartfelt manner, you expect the story to be that of an ambitious young girl pining to be a superstar at a reality contest. But instead what you get is a trite and cliched, yet sublime story of a prodigy and the bond she shares with her mother. 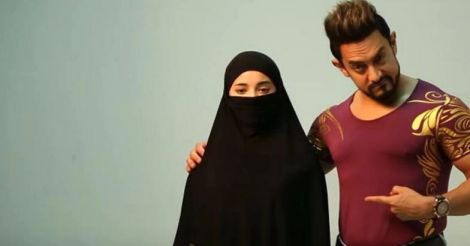 In the movie, with highlighted hair, stylized beard and a flamboyant getup, Aamir depicts an out-of-luck music director

Insiya is like any other teenager living in a middle-class locality of Vadodara, with a supportive mother Najma, loving brother (Kabir Sajid), an old relative and an abusive father. She dreams of becoming a famous singer, but the environment in her house is vitiated by the domestic abuse inflicted by her father. How she struggles to overcome her problems with the help of her school friend Chintan Parikh and the crass music director (Aamir Khan) to live a life on her terms, forms the crux of the tale.

Director Advait Chandan's writing is brilliant. The script it taut and focussed. The screenplay has the right combination of light and poignant moments. The characters are well-etched and the dialogues are lightly intense, packed with wit and sentiments which are well portrayed by the ace cast. Naturally then, this keeps you glued to the screen.

The metaphors in the dialogues too, are fresh and apt, especially when Aamir compares the effervescence of the soda to the rise of the prodigy. Or when the mother and daughter are arguing and comparing opportunities with the train on the platform and planning of the journey.

All the actors are natural and effortless. With a gamut of emotions, Zaira Wasim as Insiya is earnest and adorable. She is brilliant when she sulks with her classmate Chintan or reasons with her mother, "What is the use of getting up in the morning and not try fulfilling the dream that you saw during the night?" 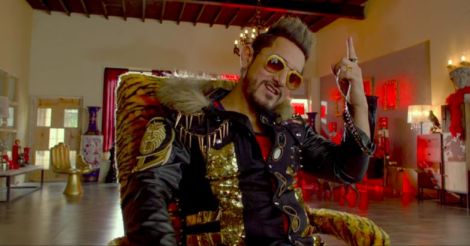 Meher Vij as Najma, the loving mother and an insecure wife, is equally sincere and arresting. She portrays the silent pain with ease. Balancing her part is Raj Arjun as the oppressive father and husband. He is overtly potent and effective.

Farrokh Jaffer as the old relative living with the family, Mona Ambegaonkar as a lawyer, have their moments of onscreen glory.

Technically, the film is well-mounted and the music adds an additional flavour to the narrative. The lyrics and the pitch of the songs hit the right chords. 'Main kaun hoon' and the other one with the lyrics, 'Meri pyari ammi jo hain' dedicated to mothers, go well with the flow of the narrative and the snazzy last number which runs through the end credits re-emphasises Aamir's character.

Overall, Secret Superstar has an old film charm that is simply remarkable.