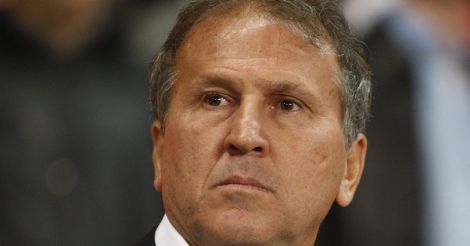 Panaji: The much touted Indian Super League (ISL) is good as a spectacle, but it does not benefit Indian football in any way, FC Goa chief coach and Brazilian legend Zico said on Monday.

Zico, who was speaking to reporters a day after his team lost a close-fought ISL final against Chennaiyin FC on Sunday, also said that over-reliance on foreigners, as well as eight months of non-ISL activity were key reasons why the tourney, billed as football's biggest tournament in India, would do nothing to benefit the game in the country.

Zico also said that over-dependency on foreign players at every position made it very difficult for local talent to find a break and that India should follow the football development models followed by Japan, Uzbekistan, United Arab Emirates (UAE) and Qatar, if it needs to develop as a force in world football.

The Brazilian, who did not give a clear indication about whether he would continue as coach of FC Goa for the third edition, also said that once the ISL tournament winds up in three months, there was no infrastructure in place to support footballers.

"Once you stop this tournament, the infrastructure is not the same. Players spend eight months without playing," Zico said.

Five-time winners Sevilla made light work of AS Roma when first half goals from Sergio Reguilon and...