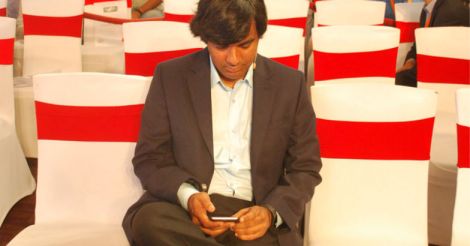 Speaking to Onmanorama on the sidelines of the digital summit, he said the broad vision of the summit is in sync with the reality that technology and life have become inseparable.

“Technology has become part of life and is no more a separate entity. It has considerably reduced human effort,” he pointed out.

Speakers at the summit which would include influential tech czars, would dwell on startup funding, building the tech community, approaches to ideas and the groundwork needed for these, Shankar said.

The emerging trend in technology is about personalized services and technology is understanding us more and more rather than vice versa, according to him.

The nation has more or less overcome the challenge of bandwidth as access to services have become easy.

Shankar sees the potential of e-commerce exploding in a positive manner as more and more global giants target our nation's vast potential.

He also said the strategy of Relaince Jio in providing free internet usage is a right approach in the backdrop of a huge number of service providers. This has forced other players to slash prices, which in turn would attract more and more people to use the internet.

The Business Blogging CEO also said he saw the print media coexisting with the digital domain and does not visualize the demise of the former as more and more users turn to their devices to access news.

The strength of technology and its expansive growth will be determined by four factors – contextualization, personalization, convenience and affordability, he said.