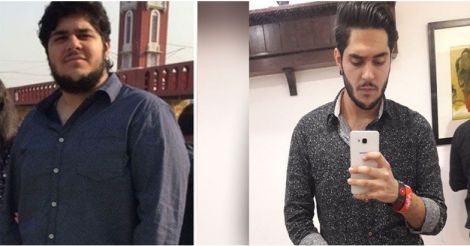 Ishaan Tuteja always wanted to join a hotel management course. The 20-year-old man from Delhi thought he was nearing his goal when his application was passed through several rounds. To his dismay, he was rejected at the last moment. He had his overweight to blame.

That was a turning point for Tuteja, who weighed 109 kilograms at that time. He organized his diet, adding his favorite foods into the menu than starving himself.

He ate six times a day, starting with lime and warm water in the morning. He avoided rice and chapati completely but ate more of what he craved for.

He started working out for an hour and gradually increased the duration of exercise to two hours.

He lost 13 kilos in the first month and that was enough motivation to carry on with his regiment. In six months, he reduced his weight to 70 kilograms, shocking all the bullies from his school days.