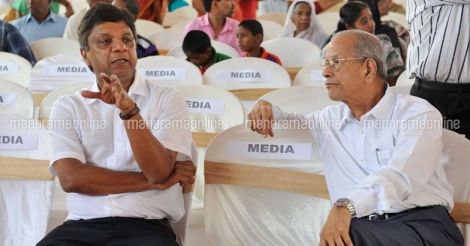 Kochi: The special protection group (SPG), the elite special forces division which protects the prime minister, has cut short a list of dignitaries sent by Kochi Metro Rail Ltd (KMRL) by more than half. The names of Metro Man E. Sreedharan and Kochi Metro Rail Limited (KMRL) managing director Elias George have been omitted from the list of dignitaries, who will share the stage with prime minister Narendra Modi during the Kochi Metro inauguration on June 17. Chief minister Pinarayi Vijayan shot off a letter to the prime minister seeking to revise the list.

Pinarayi, in his letter, requested the prime minister's office to include Sreedharan, Chennithala and P.T. Thomas on the list.

As of now only four people have been named on the list cleared by the SPG. The KMRL had listed 14 people on the dais, however, it was shortened to four by the SPG. Apart from Modi, chief minister Pinarayi Vijayan, governor P Sathasivam and union minister Venkaiah Naidu are on the list.

Work on Kochi Metro began in 2012 after the Chandy government entrusted the project to Delhi Metro Rail Corp, with its principal adviser Sreedharan overseeing it.

Sreedharan said that there was nothing unusual about the decision and that he accepted it.

Elias George told the media that the list of invitees to the dais was prepared and sent to the Prime Minister's Office. "The final list is made by the PMO. We have no role in this," he said.

Reacting to the exclusion of Sreedharan from the dais, P.T. Thomas said: "This shows the arrogance of the BJP.

"When the foundation stone for Kochi Metro was laid by then prime minister Manmohan Singh, none was left out from the dais. This is Kerala's dream project and key people behind this are now asked to sit in the audience. This is totally unfair."

The PM will inaugurate KMRL's commercial services on the 13-km Aluva-Palarivattom section at 11 am.

The prime minister will board the train from Palarivattom and travel till Pathadippalam and come back to Palarivattom along with the dignitaries.