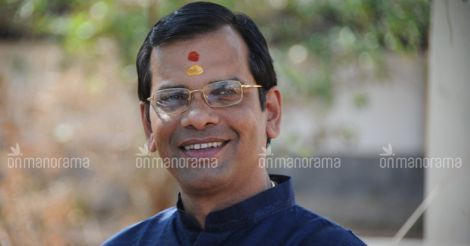 The popular artiste collapsed during a performance at the Avittathur temple near Irinjalakuda in the district.

Geethanandan, who started performing on stage from the age of nine, joined Kalamandalam for formal learning in 1974. In 1983, he became a teacher of the indigenous art form. For the next 25 years, he headed the department.

He is credited with introducing 'thullal pada kacheri', akin to the kathakali pada kacheri, for highlighting the genius of ottam thullal founder Kunchan Nambiar. Geethanandan was also the first artiste to perform ottam thullal in France in 1984. Geethanandan had been conferred with various awards, including Veera Sringala and Thullal Kalanidhi.

Regarded as the custodian of art, he tried to popularize the art form. Popular actress Kavya Madhavan learned ottam thullal from Geethanandan. Even in the current school art festivals, most of the contestants are his disciples.

He had acted in over 30 films, including the Mohanlal-starrer Kamaladalam.

His children Sanalkumar and Sreelakshmi carry forward his legacy in the thullal arena. Film dance director Shobana is his wife.