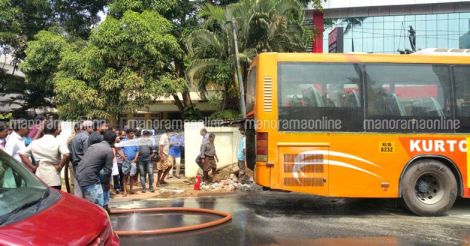 Efforts on to douse the fire on the KURTC Volvo bus

Kollam: An air-conditioned Volvo bus caught fire on Thursday near Kollam collectorate during an Ernakulam-Thiruvananthapuram trip. The Kerala Urban Road Transport Corporation (KURTC) bus had 30 passengers on board, but there were no casualties.

The blaze had originated from the rear engine area. 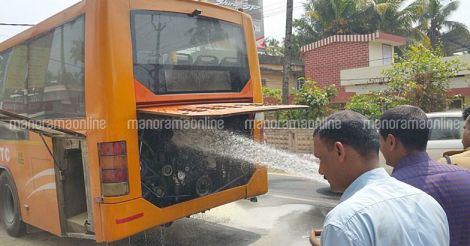 The driver stopped the bus when he found a signal light open on the driving panel, and felt a burning smell. As the origin of the fire was traced, efforts were made to douse it with the fire equipment available on the bus. The Fire and Rescue Force also arrived. 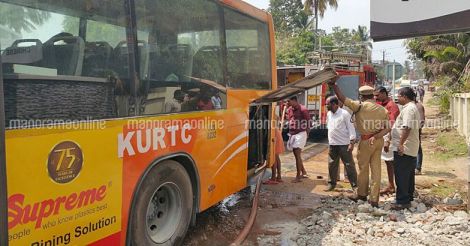 The bus belongs to the Thevara depot in Ernakulam.