Kottayam: 'Ghar wapsi', 'carol troupes attacked' and 'Christian nuns and priests targeted for conversion' were a few headlines that rocked the country in the past few years. But a Christian priest finding a revered place in a Hindu temple near Kottayam in Kerala never drew the attention of media. As the world celebrates the resurrection of Jesus Christ, Onmanorama visits Tappuzha temple in Kottayam district's Ayarkunnam panchayat to unravel the secret bond between a kathanar (Christian priest) and a yakshi (vampire or vrykolakas).

The story about the priest and his fatal face-off with the mythological spirit has always stirred up the curiosity of the locals for centuries, at least, in areas in and around Kottayam. It is believed the souls of the yakshi and the priest reside side by side at a shrine situated beneath a banyan tree next to the temple on the banks of Meenachil river.

Kerala not no. 1 in alcohol consumption. Here's proof | Video

According to the temple officials, the malevolent yakshi troubled the inhabitants of the village so much that they were afraid to go out at night. One night the Christian priest decided to rein in the creature and he died during his attempt to exorcise the evil spirit. The fabled incident is believed to have occurred aeons ago.

The leftover of some offerings to the yakshi and the shapeless remains of endless candles lit for the priest reveal what the folklore has become for the villagers, and to some outsiders as well. 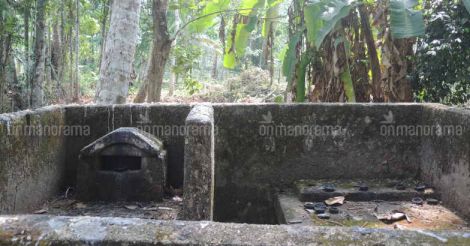 The shrine for the souls of both the feminine spirit and the priest was erected by the temple management after their presence was detected in the area in a 'devaprashnam', an astrological practice.

That a Christian priest is treated almost as a deity by the temple and revered by Hindus make the shrine one of the strong threads with which the secular fabric of Kerala has been woven. The shrine indeed challenges the mindsets behind incidents such as organised reconversion (ghar wapsi) of Dalit Christians and Muslims to Hinduism and attack on Catholic carol singers, alleging conversion. While over 30 people were reconverted to Hindu religion by Hindutva outfits in 2014 in Kerala, the attack on the carol groups took place in Madhya Pradesh's Satna district last year. In another incident of alleged religious intolerance in that state, a hospital run by a church was vandalised by suspected right wing activists recently.

"The shrine has been there as far as I can remember. During the annual temple festival and the special puja during the Mandalam Makaravilakku, we go there and pay our respects by lighting lamps for the yakshi and candles for the priest," said Anil, who is part of the managing committee of the Tappuzha Sreekrishna Temple and Cheruvallikkavu Devi Temple, both situated on the same compound.

Locals said even believers from outside, especially Perumbavoor in Ernakulam district, have been visiting the shrine for years and offering candles, meat and sometimes even liquor to the priest. "Nowadays devotees don't bring liquor. There could be people waiting to take it away once the believers go back," said another local resident on a lighter note.

As is the fate of all folklore, over the years, the tale of the yakshi and the kathanar has also undergone several changes. Many who used to narrate the story in detail have either died or lost memory. 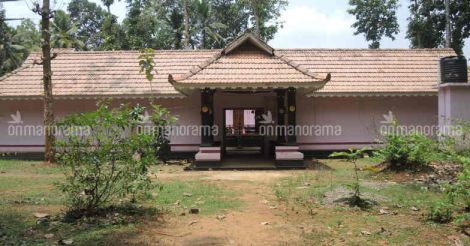 That a Christian priest is treated almost as a deity by the temple and revered by Hindus make the shrine one of the strong threads with which the secular fabric of Kerala is woven.

"The priest belonged to a family called Illapparambil. He met the yakshi in the dead of the night. It is believed that he died in the process of exorcising the evil spirit," said Damodaran Nair, who lives near the temple. Nair, who is in his 80s, donated the land for the shrine and is one of the few who could remember the legend now, though in bits and pieces. Nair said the shrine for the souls of both the feminine spirit and the priest was erected by the temple management after their presence was detected in the area through a devaprashnam, an astrological practice.

A popular version of the legend is that the priest decided to tame the spirit as it troubled the locals a lot; however it is also said even the restless soul of the priest started pestering the villagers before it was placed at the shrine.

"The shrine was erected in a ceremony," Nair recollected. It is on an elevated platform and has two distinct portions, one for the priest and the other for the yakshi. An earthen lamp and a metal cross are seen in the priest's section. "A replica of the trident existed at the yakshi shrine earlier. Some anti-socials took it away," said Gopan, Nair's son. 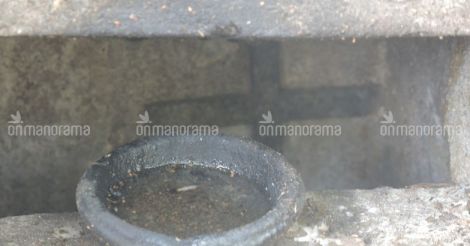 A metal cross is placed at the shrine of the priest.

The temple management has also installed an offering box near the shrine.

Nair said many who come to visit the shrine from outside the district were Christians. However, local Christians do not worship at the shrine, probably because it could be against their beliefs.

There is no historical evidence that could shed some light on the belief and its origins. "I don't know much about the priest's story. But here we believe that the deities at the temple like him (kathanar) very much. The deities visit him on all special occasions like the annual festival," said Komalam, a devotee, as she came out of the temple after attending some rituals.

Aneesh Namboothiri, the Brahmin priest of the temple, also echoed the same views. "We take the temple deity to the banyan tree in a procession and conduct some rituals to a sub-deity believed to be staying beneath it. When we conduct the pujas there, we also pay our respects to the soul of the Christian priest. That's why we light candles there. It is in fact an act of remembrance. After all, everything in this world becomes one in the end, as per Hindu beliefs," the young priest said. 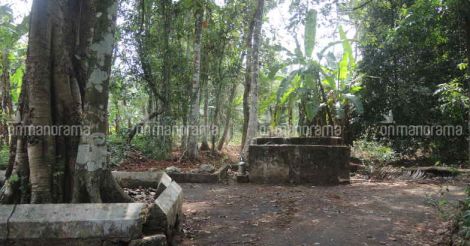 The old tree and the shrine still induce an air of eeriness.

The old tree and the shrine are still a source of fear for the little ones in the village. "This place is full of such superstitions," a teenaged boy told Onmanorama when asked about the legend.

The small metal cross at the extraordinary Tappuzha shrine stands testimony to the oneness and the beauty of plurality.

This isn't traditional banana pudding - rather, it's a version made with bananas fried in ghee layered with vanilla...