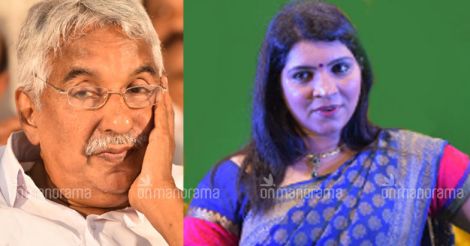 Kochi: In a relief to senior Congress leader and former chief minister Oommen Chandy, the Kerala High Court on Tuesday partly allowed his writ plea, challenging the legality of a judicial commission's report on the solar panel scam.

Disposing of the petition, Justice A K Jayasankaran Nambiar ruled that the letter written by Saritha S Nair, one of the accused in the scam, will not be a part of the commission report.

"The government shall treat the report of the Commission of Inquiry as comprising only those parts as have not been expunged through this judgement," the court said.

In his petition, seeking quashing of the commission report filed in December 2017, Chandy had submitted that its findings were based on Saritha's letter.

The Congress leader had said he was one among others whose name was "illegally" included in the letter written by Saritha in relation to her alleged sexual exploitation and harassment.

The court observed that the commission was constituted to probe the case, considering the public interest involved in the matter.

However, it dismissed a writ plea filed by former minister and Congress leader Thiruvanchoor Radhakrishnan, challenging the findings in the commission report.

The court pronounced the verdict considering Radhakrishnan's petition along with Chandy's plea.

Oommen Chandy had contended that the commission had gone beyond the scope of the terms of reference under which it was constituted and that its report was not based on facts and evidence.

There were "serious lapses" on the part of the commission and its report was baseless, he had said.

It was prepared on the basis of allegations and not in accordance with the procedures prescribed by the law, the former chief minister had contented.

The state government had, however, justified the judicial commission's report, describing it as a legal document and stated that it could not be assailed.

Chief minister Pinarayi Vijayan had tabled the Justice G Sivarajan Commission report on the solar scam in the Assembly in November, 2017.

The report had found that Chandy and his staff had provided all help to Saritha and her company to dupe people.

Justice Sivarajan had submitted his report on September 26 last year, nearly four years after the previous Congress-led UDF government in Kerala had constituted the commission.

The panel was set up after charges had surfaced about duping of several persons of crores of rupees by Saritha and her accomplice, Biju Radhakrishnan, by offering solar panel solutions to them.

Following the submission of the report, a cabinet meeting decided to press criminal and vigilance probes against Oommen Chandy, four former ministers, top party leaders, senior police officers and 21 others. The meeting also decided to charge 14 of them, including Oommen Chandy, with sexual harassment.