Way back in 1903, more than a century before WhatsApp and Facebook invaded our lives, a large crowd of people assembled at the Royal Institution in London to witness Guglielmo Marconi, the Italian inventor known as the father of radio, making the first demonstration of his wireless telegraphy system to the public.

Minutes before the demonstration, the Morse printer began to receive a rogue signal calling Marconi a fraud. These humorous verses in Morse code, discrediting Marconi and his invention, was the first instance of hacking in the history.

The man behind that first hack of all times, which left the audience open-mouthed, was British magician and telegraph operator Nevil Maskelyne. Though the incident came as a big embarrassment to Marconi, it helped him realize that his system was less than secure.

Year 2017. More than a century has passed since the first hacking in recorded history. Over the years, tech giants such as Google and Facebook have transformed the Internet and become an indispensable part of our lives. Still several unanswered questions remain. Can our private messages and chats be accessed remotely? Is there a Big Brother watching us sitting in another country?

The Internet of Things (IoT) is not that cool

We live in a world that is more wired than ever before. We have been witness to several incredible tech innovations such as refrigerators with futuristic features that warn you when vegetables are about to run out, and home security cameras that allow you to see who's at your doorstep!

Some months ago, around 1,200 web addresses, including twitter accounts, suddenly became nonfunctional. Even individual computers, refrigerators, washing machines, and surveillance cameras were targeted to paralyze the network. It is known as distributed denial-of-service (DDoS), a type of computer attack that uses a number of hosts to overwhelm a server by flooding it with data sent simultaneously from many individual computers. The hackers used about 10 lakh of IoT devises to send across forged requests to the victims. 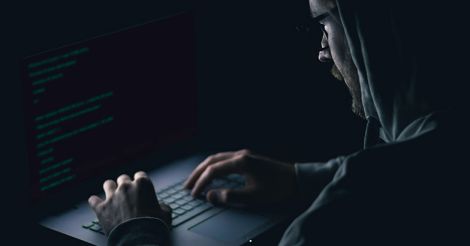 Taking hacking to a whole another level, online-security researchers Charlie Miller and Chris Valasek compromised their Jeep Cherokee, activating the parking brakes at highway speeds. They also disabled the vehicle’s transmission and messed up with the ECU (engine control unit), via a laptop, all while sitting at their home located miles away. The stunt forced auto major Fiat Chrysler to consider recalling about 1.4 million models on the road. Automakers including Tesla, BMW, Mercedes Benz also detected similar security issue in their models and duly fixed it.

Even hearts are at risk of hacking

A decade ago, former US vice-president Dick Cheney's cardiologist disabled the wireless functionality of his pacemaker to thwart hacking. The precautionary measure was taken after a group of students at the University of Alabama showed that implantable defibrillators and other similar medical devises could be hacked. The hackers would be able to increase or lower heart rates of the patient, or even hijack it to deliver a fatal shock to the person’s heart. Scientists had found similar security vulnerabilities in drug infusion pumps and insulin pumps as well.

The WannaCry ransomware attack, which infected hundreds of thousands of computer worldwide this month, were carried out by Shadow Brokers, a mysterious group who claimed to have stolen a number of hacking tools possessed by Equation Group, a team of hackers linked to the US National Security Agency (NSA).

The grouped leaked the NSA’s cyberspying tools that included compiled binaries for exploits that targeted vulnerabilities in a long line of Windows operating systems. Believe it or not, WannaCry was just one of a dozen ransomwares that the hackers created using the leaked data!

The incident highlighted that a single small breach in cyber security could have disastrous consequences.

Most feared hacker groups in the world 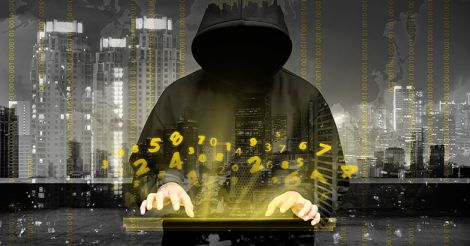 » The Syrian Electronic Army (SEA): Coming under SEA’s cyber attack is the worst nightmare of nations and organizations that raise their voice against Syrian president Bashar al-Assad. Media houses including the New York Times, CNN, and the Washington Post were their recent targets.

» Bureau 121 (North Korea): A North Korean cyber warfare agency, which is part of the Reconnaissance General Bureau of North Korea's military. It was behind several high-profile attacks that included the 2014 hack on Sony Pictures. In 2013, the group was said to have attacked more than 30,000 computers at South Korean banks.

» Tailored Access Operations (TAO): NSA’s hacking division. Former NSA contractor Edward Snowden’s revelations that the agency, with the connivance of NSA, intercepted phone calls made by a large number of US citizens, had snowballed into a controversy. The office of the TAO is housed at the NSA headquarters in Maryland.

» Tarh Andishan (Iran): Tarh Andishan, ‘the thinkers’ in Farsi, went on a rampage to avenge the Stuxnet virus attack that ravaged Iran's Natanz nuclear facility in 2009. It carried out a campaign dubbed Operation Cleaver, targeting critical infrastructure organizations in as many as 50 countries.