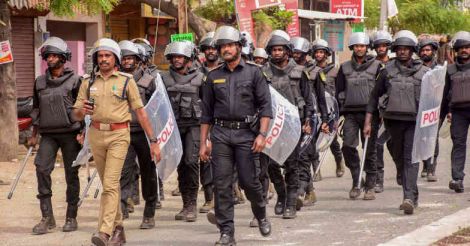 Tuticorin: Eleven days after police in Tamil Nadu fired on protesters seeking the shutdown of a copper smelter owned by London-listed Vedanta, killing 13, residents say people suspected of involvement in the demonstrations are being targeted in a wave of arrests.

More than 10 people have been picked up by the police in raids over the last four days in and around the port city of Tuticorin, according to lawyer E Athisayakumar, who is working along with other local lawyers to release those detained. Police confirmed that arrests were taking place.

The crackdown highlights the tensions that continue to fester despite the Tamil Nadu state government's order to permanently shut down the smelter, on environmental grounds, in the aftermath of the deadly protests - a move that sources say the company may appeal.

The district administration says the area is returning to normality, with shops and businesses reopening and buses running. But some residents say deep divisions remain in the city and surrounding villages between the protesters, the authorities and Vedanta employees. 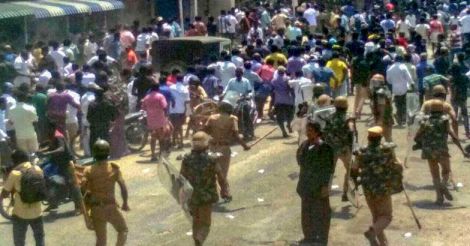 Cops chase away the protesters. File

"We are scared that the police will randomly drop by and pick us up without explanations," said 44-year-old local man S Kasirajan. Eight other residents who spoke to Reuters said they too were living in constant fear of arrest.

The Tamil Nadu chief minister's office and the head of the state police did not respond to emails seeking comment on the total number of people detained, or whether the authorities planned to arrest more people. D Jayakumar, a senior minister who has previously spoken on behalf of the state government, said he did not want to offer an immediate comment.

Lawyers said those arrested were accused of breaching orders banning gatherings that had been made in the run-up to the May 22 demonstration, and of protesting without permission.

Police said more than 80 generic complaints, which did not name the accused, had been filed by residents at a local police station - allowing them to arrest anyone they suspected of involvement in what they described as "anti-social activities".

More than 150 people held in the days following the violence have been bailed by the courts after lawyers filed petitions seeking their release, said A W D Thilak, the head of the Tuticorin Bar Association. 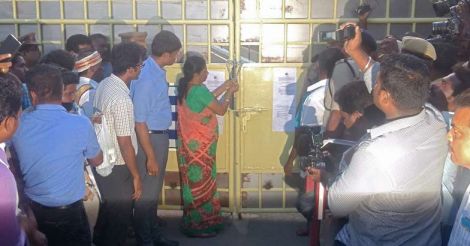 An official puts a government seal after closing down the Sterlite Copper plant. File

Among those arrested in recent days were three men picked up in a village near Tuticorin early on Thursday for breaching the orders banning gatherings that were imposed on May 22, according to police and the men's families.

P Parthiban, a 27-year old welder from the village Meelavitaan, was taken from his home at 3:15 am, a family member told Reuters.

T Balasingh, 30, who runs a shop in the village, was dragged by his collar to a jeep parked outside after police broke into his house, his mother T Jayaleela said.

None of the 15-20 policemen were in uniform, family members of both men said.

When family and friends of Balasingh went to the police station where a case against him was filed, a police inspector pointed at some of those present in the station and said "I'll pick you, you and you up", Jayaleela said.

"He intimidated us and asked us to leave immediately, and said he was going to pick up 10 more people from our village," she said.

When contacted by Reuters the inspector, M Hariharan, confirmed the incident, saying he knew the people in his district who had broken the law. 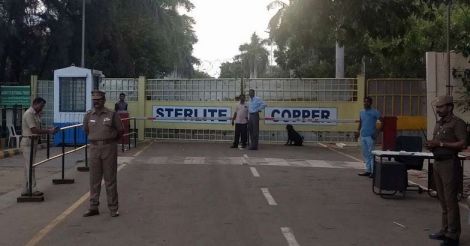 "The investigations are on, and we will detain anyone who breached the law," Hariharan said.

Witnesses told Reuters that police gave no warning before opening fire with live ammunition at a crowd of tens of thousands of people, and they appear to have ignored police rules on quelling protests. Ten people were killed on the day and three more have died since.

The state government has announced an investigation headed by a retired magistrate into what was India's deadliest environmental protest in more than a decade, and the federal home ministry has requested a report. But authorities have declined to comment further on the progress of the investigation or any possible action against police involved.

A working group of United Nations' human rights experts on Thursday condemned the "apparent excessive and disproportionate use of lethal force by police" against the protesters.

People in Tuticorin protested against the operation of Vedanta's Sterlite Copper smelter, one of India's only two major copper smelters, after it had announced plans to double its capacity.

The demonstration on May 22 quickly got out of hand as numbers swelled to at least 50,000 and the protesters reached district government offices. A senior administrative official said the protesters had been given permission to rally in a park, but not march on the district headquarters which the authorities viewed as "a siege".

The escalation also revealed a split among the protesters themselves, people on both sides said, with those from the city wanting to abide by the restrictions for fear of violence, while many from the villages nearer the smelter wanted more radical action.

Vedanta Resources, in which Indian-born resources magnate Anil Agarwal has a controlling stake, has been accused by local residents and environmentalists of polluting the city's air and ground water. The company has denied it is in breach of any environmental laws, and has called the protesters' deaths "absolutely unfortunate."

Two sources close to the company told Reuters Vedanta was working on a legal challenge to the closure of the plant by the state government, but would not proceed until local tensions have eased.