If something brought a bad name to the Tata brand, which made its reputation selling everything from salt to tea and tools to owing five-star hotels, it was its cars. But cars like Tiago and Tigor have changed that perception. No other car has done well in sales and popularity for Tata, other than the later models like Hexa and Nexon.

Though it didn’t make headlines, the expertise acquired by JLR over the years has been seeping into Tata. Tiago and Tigor were the first beneficiaries of this change, with newer models having a bigger JLR stamp on them.

See to believe it 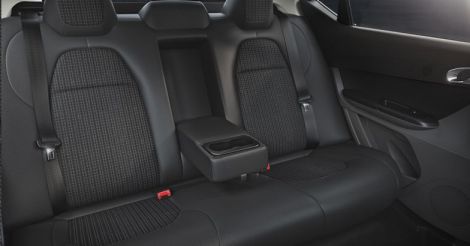 The difference is clearly visible if you look at any new Tata vehicle. Apart from design changes, both interiors and exteriors sport a different look, apart from better finishing. The ride quality, comfort, engine and other mechanical aspects are good enough to rival any foreign brand.

In Tata showrooms, Tigor is displayed with its backside in the front. Those who enter the showroom will first see its rear. Well, it is to be presented like that because it is a styleback -- with proper integration of the third box that does not seem like a boot fixed to a hatchback.

It has the best boot integration among all the cars that are produced in India. Besides, the car can boast of a perfect combination of sportiness, youth, style, beauty and compactness. Tigor is now available in automatic transmission, the AMT version, in two variants -- XTA and XZA -- but only with a petrol engine. Which means the price won't increase much, but provide all the comforts of an automatic. The AMT has been mated to the 1199cc engine, which produces 84 BHP @ 6,000 rpm and 114 Nm of torque @ 3,500 rpm.

The Tigor AMT comes with multiple driving modes and gets a creep function. If you want to control the car manually, change the knob to the left, where too you don't need a gear to operate. The gear can be moved up and down in this mode like a manual stick. AMT requires a gentle driving style. Once past city speeds, the gearbox is smooth. With a gentle driving style, efficiency would be like the manual. Things get much easier in Sport mode. 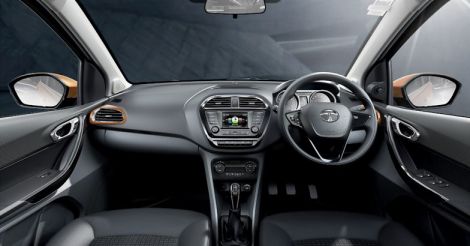 Tata is not calling it a small sedan. That is because it rivals cars in a higher segment in styling, space, features, connectivity and driveability. At a time when manufactures cut corners to reduce price, Tigor stands tall and in style! With a stunning design, Tigor is aimed at the young at heart, specifically young executives and families.

Compactness is the hallmark of Tigor. From the front to the back door, it is Tiago all the way; from there is becomes a styleback. The grille is new, with smoked headlamps. The petrol model has 15-inch diamond cut alloy wheels, while diesel gets only a 14-inch alloy. The roof-mounted spoiler comes with LED stoplights. 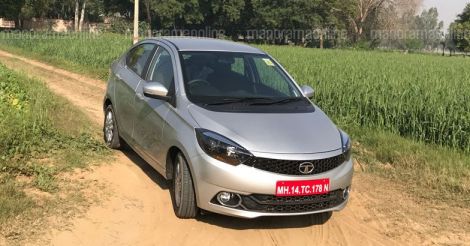 From fabric seats to plastic quality, there is luxury written all over the vehicle. The dashboard has a grey and black colour scheme and body-coloured inserts for AC vents. Seats are large and comfortable. There are 22 utility spaces that provide ample storage to carry one’s world along. Hooks help you to hang your shopping bags. The boot is a healthy 419 litres. Since the dicky opens on hydraulic hinges, no space is lost to the conventional equipment.

Tigor gets a connectNext touchscreen infotainment system by Harman with eight speakers. This something that is not found even in bigger cars. An app-based navigation system can be used via your mobile phone.