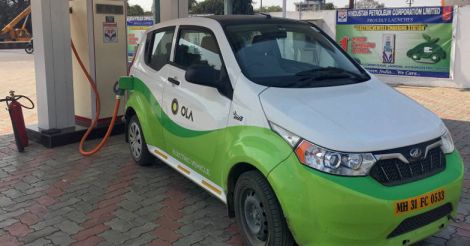 New Delhi: Indian ride-hailing firm Ola's pilot project to test a fleet of electric vehicles in Nagpur was expected to herald a coming revolution in the Indian auto industry. So far, though, it has only exposed fractures in prime minister Narendra Modi's ambitions to make all new vehicles electric by 2030.

With an initial investment of about $8 million, Softbank-backed Ola launched the project last year at an event that had all the trappings of a state function, including a big gathering and flagging off by transport minister Nitin Gadkari.

But nine months later, the program has hit a snag: Ola drivers, unhappy with long wait times at charging stations and high operating expenses, want to return their cars and switch to fuel-guzzling variants.

Out of 20 Ola electric car drivers interviewed by Reuters in Nagpur, more than a dozen said they have either returned their electric taxis and switched to diesel, or are planning to do so.

Ola had said it would make 50 charging points available across four locations in Nagpur - a city of about 2.5 million people - for its fleet of 200 electric vehicles, but on a visit to the city in late January, Reuters found only about a dozen charging points. Ola has since added 10 additional charging points but is still short of its target.

Ola did not respond to requests for comment for this article.

Getting infrastructure built in the world's biggest democracy where a not-in-my-backyard culture proliferates is a barrier for a lot of businesses in India. And it is proving to be the same for charging stations - Ola was forced to close one in Nagpur last year after protests by residents angered by traffic jams caused by drivers. It took more than five months to get government clearances to begin operating another station.

The hurdles faced by Ola in setting up sufficient charging stations for a fleet of expensive electric cars with a limited driving range expose the challenges the Indian government and automakers will face if they are to get anywhere near realising the 2030 vision.

Global auto makers have repeatedly warned that India is not ready for electrification, saying the government must first lay down a clear, long-term policy, provide incentives to encourage manufacturing of electric vehicles to bring down their cost and create the charging infrastructure. 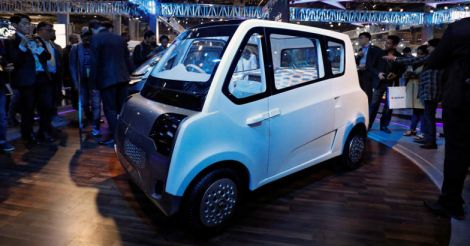 Gadkari added to uncertainty when he said last month that the government will no longer draft a separate electric vehicle policy. He did not comment on the 2030 vision.

The Ola project has not turned out to be economically viable for either the company or its drivers, said one industry source familiar with Ola's strategy.

"The project's not flying as of now and the economics is not working out," the source said.

Electric car sales in India, one of the world's fastest-growing auto markets, made up less than 0.1 per cent of annual sales of more than 3 million passenger cars. The lack of demand is mainly because they are expensive - due to high battery costs - and as their range is limited and there isn't a charging infrastructure.

By comparison, in China in 2017, electric vehicles made up about 2 per cent of annual passenger car sales of 24.7 million.

The Indian government had been determined to promote electric vehicle use, starting with public transport and taxis, to combat rising pollution and reduce the nation's dependence on imported oil.

India's 2030 ambition was part of a broader move by countries like China and the United Kingdom, which have set similar goals. This has spurred billions of dollars in investments by carmakers like Volkswagen and Ford Motor even as many in the industry say they are unsure who will buy the massive numbers of electric vehicles governments want them to produce.

Mahindra & Mahindra is the only electric carmaker in India and the high cost of even its entry-level model, which starts at 760,000 rupees ($11,665) is a barrier for many first-time car buyers, and a non-starter for taxi drivers who can get a diesel or gasoline propelled car for about half the price. 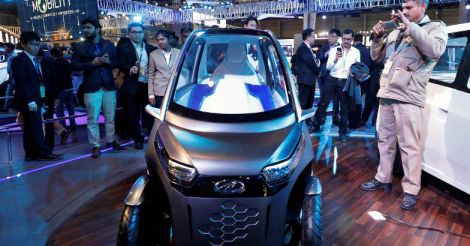 Ola has deep pockets and while it has tied-up with Mahindra for the pilot project, its struggle to make the fleet viable in a small Indian city with much less congestion and space constraints than the biggest cities like Mumbai, underscores the magnitude of the challenges.

A shortage of stations and the limited range of cars - about 100 kilometres - has meant longer queues to recharge. During summer months when batteries discharge faster and need to be recharged more, the situation may worsen unless more charging points are added, said several drivers, none of whom wanted to be named as they feared retribution from the company.

The cars are owned by Ola and leased to drivers for 1,000 rupees a day, but many complain that the amount is too high and they need to work for 12-16 hours to make a decent living, given they waste 3-4 hours a day on charging.

One of the drivers said that after paying Ola the rent for the car and shelling out 500-600 rupees per day for charging, he is left with about 500 rupees ($7.71) at the end of a 14-hour day giving him little time to rest or spend with his family.

"If they don't give us the (charging) facility, why should we drive these cars," said the driver, who had just spent an hour waiting for his turn to charge the car, and would have to wait for another 90 minutes while it charges.

Ola founder and CEO Bhavish Aggarwal told Reuters last April that the company would pilot a few thousand electric vehicles in several Indian cities in 2017 and then scale up in a major way. However, almost a year later it has still to take the experiment beyond Nagpur.

At India's biennial auto show in February, electric cars took centre stage but most were at a concept stage or sold only in global markets as automakers like Toyota, Honda and Renault took a circumspect approach to the new tilt toward electrification. 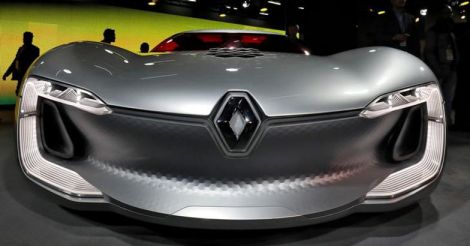 "Once we make an investment there are huge risks," said Akito Tachibana, managing director of Toyota's India arm, adding as of now there is no clarity on who would buy such cars and what incentives the government will offer.

Charging infrastructure is a big piece of the puzzle that needs to be resolved for EVs to be viable - India has only about 222 charging stations with 353 charging points, according to a January report by global consultancy EY.

Analysts estimate it costs between $500 and $25,000 to set up a station, and that comes on top of expensive land purchases needed to build them. The ministry of heavy industries estimates a subsidy worth 140 billion rupees ($2.2 billion) will be needed to promote EVs and charging infrastructure.

Automakers argue in the near-term the government should make land available and invest in building stations, while over the longer-term it would need to offer incentives to private investors.

One additional problem is that, unlike in Western countries, most car owners in India do not have garages, or formal parking where chargers for cars could be installed.

Another issue is lack of a long-term policy, outlining incentives, which has helped countries like China push electric vehicle sales. Government wrangling over policy formulation in India is making it difficult for carmakers to plan investments.

"Any distraction from the single-minded focus to draw a plan for introducing electric vehicles is going to make this a long-lasting exercise that might not attract the attention of the right kind of investors," cautions Guenter Butschek, managing director at Tata Motors.