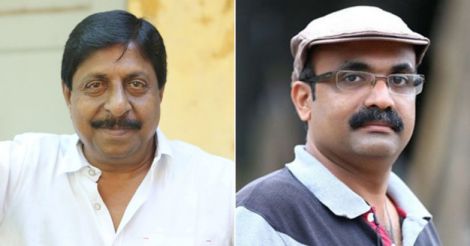 Actor Sreenivasan who suffered stroke was admitted to a hospital in Kochi recently. While the doctors said he was stable, many reports about the actor’s health were doing the rounds on social media. Most of these articles and reports were slammed by the public for its lack of empathy to an ill person who was hospitalized. Sreenivasan’s critics had lambasted him for seeking modern medical treatment, even though he was a staunch advocate of naturopathy. Meanwhile, ad filmmaker and director VJ Stajan, whose next movie’s is being penned by Sreenivasan, has come out with a fitting reply to all those who criticize the actor without actually understanding his opinions well enough.

In his lengthy Facebook post, Stajan wrote that he couldn’t help but speak up after seeing certain people celebrating other’s illness on social media.

Stajan said that many people criticized Sreenivasan for seeking medical care at an allopathic hospital while he was an ‘advocate’ of naturopathy. He reiterated that Sreenivasan was somebody who did not believe in any single medical practice, instead he believed in the positive aspects of all the existing medical practices including allopathic and ayurveda. The director added that unlike one’s religious belief, Sreenivisan did not believe in any single practice or way.

He said, “Most believers think that their faith offers the ultimate truth. Similarly many doctors think that the medicine they practise offers the best cure. Of course, I do not forget people like Dr. Ramachandran in Calicut who prescribe Ayurvedic concoctions along with allopathic medicines. From my many conversations with Sreenivasan, I understood that he embraces the positive aspects of allopathic, ayurvedic and homeopathic medicines and clearly dismissed and opposed the negative sides of it. He vehemently criticized the negative practices and trends in health care, but not science. I always felt that he was a rationalist in his thoughts. He is not a blind believer of either the religion or science.”

Stajan defended Sreenivasan’s criticisms of allopathic medicines by explaining facts based on research. He said that the doctors invest crores of rupees on their education, and so do some private hospitals; he criticized the mediators in the pharmaceutical business who rob profits up to 70% from the sale of basic Paracetamol tablets which are prescribed for flu to the expensive medicines for cancer treatment. Stajan added that ‘Glimepiride’ prescribed for diabetics is available for just Rs 1 or even five to six times expensive than that, especially if the ceiling prices of the medicines have not been fixed by the National Pharmaceutical Pricing Authority.

Stajan even slammed the doctors who are reluctant to prescribe generic medicines and dismissed the tens of thousands of ‘unwanted molecular combinations’ which only benefit the doctors and the pharmaceutical companies. He pointed out that the Ministry of Health and Family Welfare has banned 344 such drugs.

Stajan said, “Was it a grave mistake to appeal to fling it all away in the Arabian Sea? For whom did we keep consuming these? Who are responsible for our lost money and health? It is reported that these drugs are still in the market after getting a favorable verdict from the apex court against the government’s ban. It is also heard that the Supreme Court has left it to the decision of the Drugs Advisory Body. Sreenivasan too had such handful of ideal friends who used to complaint to him about all these. In this unfortunate circumstance where organ donation has given way to organ ‘sale’, Sreenivasan’s wailings should be seen as a natural response of a lover of the mankind.”

Stajan said that Sreenivasan had only advised each family to grow vegetables for their own consumption as it would be free of pesticides and help them lead a healthy life. He added that the actor had put his words to practice by doing organic farming at his home in Udayamperoor and Panamaran in Wayanad.

“Sreenivasan’s films offer a fitting reply to those who criticize that he voices his opinions on health and politics for mere publicity. Who else in Malayalam cinema can effortlessly manage direction, screenplay and acting? Does he need more fame than he already has? Even though these are my observations, he may soon join you with a smile and a reply for all your queries and sarcasms. He is not used to the cowardice of a politician. He practices what he says and he is definitely not a coward to refrain from responding,” concludes the director.