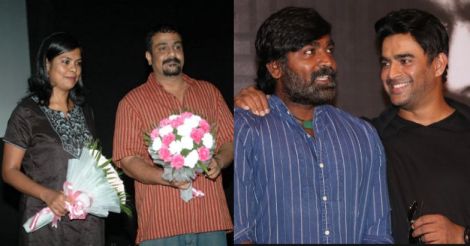 Pushkar and Gayathri and Vijay Sethupathi with Madhavan

The buzz is all about R.Madhavan and Vijay Sethupathy’s brilliantly essayed roles in the recent hit, Vikram Vedha. With the Kollywood flick garnering rave reviews, it’s not just the Maddy-Vijay combo that’s calling the shots. The spotlight is on the Pushkar-Gayathri duo who wrote and directed the dark crime thriller.

The ever-impish Madhavan turns ebullient as he talks about the couple who has just delivered a hit. “As always, we expected a ticking time-bomb scene whenever they got together. After all, they are man and wife and it’s only natural for a display of short fuse”, he said of the hit-makers. But there were neither blasts nor tempests. Everything was one synchronized symphony in reel as well as real. “For, Pushkar and Gayathri are not two entities. They are one”, said Madhavan, talking about the making of the movie. 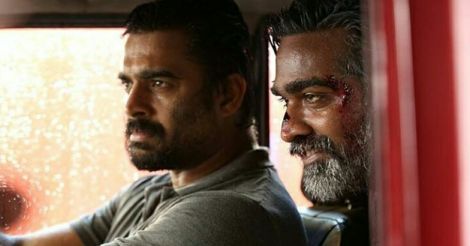 The couple was always together…plotting the theme, planning and above all, talking. Neither night nor day mattered to them. They were wedded to one thought … the movie. Whenever the spark of an idea was ignited, they would jot it down. Thus was born each frame, each shot. The end product was a movie well received by critics and viewers alike.

The Pushkar-Gayathri duo’s affair with celluloid began with ads. Within a decade, they wrote the script and directed three hits: Oram Po in 2007, Va Quarter Cutting (2010) and now, Vikram Vedha. While Chennai’s enduring quirkiness featured in the first two street comedies, the latest, a cop-criminal encounter, is beset with shades of a deep black.

The movie’s USP is its slick and novel presentation. Throwing up questions on morality, justice and duty, the gangster Vedha, the Betal of King Vikramaditya’s times, played by Vijay Sethupathy, is a total foil for Vikram, the cop in Madhavan. The climax slowly, but effortlessly builds up to a brilliant crescendo. Who will walk away with the laurels? Madhavan or Vijay? It’s performance par excellence for both. 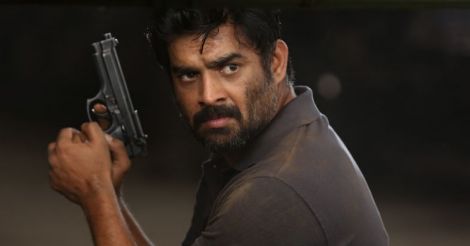 A friendship forged in like-mindedness for Pushkar and Gayathri right from their Loyola College days, blossomed into wedded bliss for the couple. Both love cinema and spend hours poring over books. They share a common concept and pursue it with passion.

Coming down to the mundane, it’s not only scripting and directing that they share. The glamorless household chores too are shared. It’s a rare and heartfelt togetherness which always envelops the couple. While reading and writing, or being interviewed, there’s no ideological difference between the two. Pushkar and Gayathri are a single concept, full of love and respect for each other. 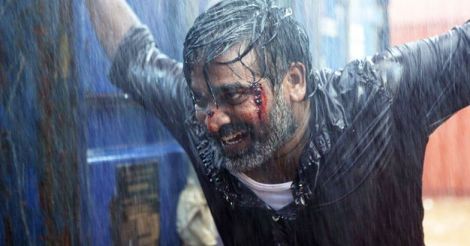 Hit-makers they might be. But in the span of a decade, it’s just been three movies from them. They venture out only when they are sure of delivering a hit. Hence, the long wait for the next. It took a solid four years to sketch the character of Vikarm and Vedha, research them and finally bring them to life. It’s only with the final bound script that the couple calls for the clap.