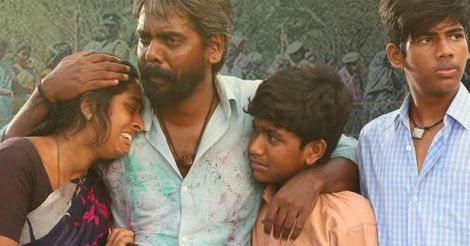 “I agreed to play Sumathy without much interest, but when I reached the sets of the movie I got completely transformed into Sumathy,” says Sunu Lakshmi.

Nayanthara starrer Aramm is running to packed halls the audience is haunted by one of the the character in the film, Sumathy, a mother of two who projects the distraught life of an ordinary village woman.

Those who showered praises on Nayanthara also applauded the amazing performance of the actress who played the role of Sumathy. But who is this actress? Those who saw the movie thinks she is really a house wife from one of the villages in Tamil Nadu, else she won’t be able to play the role with so much perfection.

Sumathy is none but the young Malayali actress Sunu Lakshmi who hails from Kochi.

An elated Sunulakshmi talks to Manorama about how she landed the role of Sumathy.

How did Sunu manage to become Sumathy?

I have been doing Tamil movies since 2009. In 2012 I played the character of Jayakodi in Sengathu Bhoomiyile which earned me rave reviews. Ilayaraja sir had composed the music for that film. But it was my portrayal of Poonkodi in Touring Talkies directed by S A Chandrasekhar sir in 2015 that became a turning point in my career. In fact being a part of the critically acclaimed movie like Touring Talkies had paved the way for me to Aramm. Even though the movie is a big hit, I am a little upset that people don’t really recognize me. I have heard people who walk past me saying that the actress who played Sumathy was indeed good. My dull make up and faded look in the movie makes it difficult for people to imagine that the character was actually played by somebody who loves to be always seen in stylish outfits and looks.

Weren’t you living as Sumathy in the movie?

Initially, I was not very keen to take up this role. I was skeptical to play the role of a mother of two at this stage of my career. But after hearing the story, my mother told me that these days the potential of the story and the depth of character are more important than the age. Even a leading actress like Amala Paul has played the mother of a 15 year old. I agreed to play Sumathy without much interest, but when I reached the sets of the movie I got completely transformed into Sumathy. I was able to strike a friendship with the kids who played the roles of my children and the little girl who played my daughter in the movie would always stick with me. I was not merely acting as their mother but really transformed into one. Actor Ramachandra Durai Raj who played the part of my husband in the movie too was very supportive. 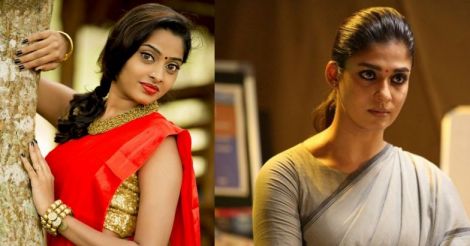 The film was shot in a remote village called Ramanathapuram near Madurai which was affected with severe draught as shown in the movie. The weather was unbearably hot there. I got a tanned complexion after shooting under the sun. I did not use sandals in the movie so my feet got bruised; and finally when I came back after the shoot I was down with fever as well. But after seeing the overwhelming response of the audience after the movie got released, all my discomforts and pain had just vanished into thin air. I am flooded with appreciations from all corners.

How was your experience working with Nayanthara?

Nayanthara has also produced the movie. She saw me after I got selected for the role. When director Gopi sir told her the story of Aramm, Nayanthara offered to produce the movie as well. Nayanthara didn’t know I was a Malayali, but when she knew she asked me why I had chosen the role of a mother of two at this age. But throughout the shooting days, Nayanthara showed me great love and care as a fellow Malayali. I was so thrilled to act alongside Nayanthara especially since I am a huge of hers.

Is Aramm similar to the Malayalam movie Malootty?

Everybody points out the scene where the little girl in Malootty falls into the bore well. But it does not have anything to do with Aramm. The film talks about Tamil politics; and the lack of pure drinking water that the people there have been suffering from, for years. The stories and sequences of the two movies are entirely different. It is not fair to compare Aramm with Malootty just because both the movies have ‘bore well’ scenes. Aramm is not Malootty.

I did two movies in Malayalam but I am offered good roles in Tamil. I will definitely act if the story and my character are good irrespective of the language.