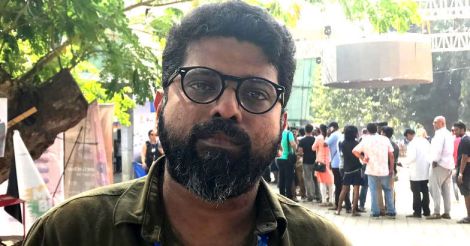 Kerala has a glorious cinematic past in which people have accepted even movies like Nirmalyam, Mahesh Narayanan says. Photo: G Ragesh

Film festivals are usually seen as platforms for screening parallel cinema. But the recently concluded Goa International Film Festival of India saw the commercially hit Malayalam movie Take Off winning the Special Jury Award and actor Parvathy the Best Actress award. Mahesh Narayanan, Take Off’s director, speaks about the movie whose story was based on a real-life event.

It is rare for an Indian cinema to be recognized like this. Are you happy?

Take Off was not made for the film festival circuit. It was an attempt to tell an honest story. The film had a good budget and a convincing female lead. It was a box-office hit. The awards add to the joy of being the creator of a movie that saw success on every platform.

What do you think clicked in the case of Take Off?

The thing that impressed the jury members the most was the honest narration of a survival story. Some members said that the emotional scenes touched a raw nerve. The festival had excellent Marathi language movies in several categories. Take Off must have something ‘special’ to win the jury prize.

Do you think the movie would have had better reach if it was in any other language?

I could make Take Off the way I wanted to because I was making it in Malayalam. If it was in Hindi, it would have become a male oriented, hero-centric movie. I was not just trying to tell the survival story of 46 nurses, there is a bigger story embedded here, one that tells the struggles of an ordinary girl from a conservative Muslim family and the odds she faces in the society to live a life of her choice. This story line would not have happened if it was made in any other language.

How do you see Parvathy’s growth into one of India’s finest actors?

It’s a remarkable feat to achieve so much, to reach the peak of one’s career, at such a young age. Sameera was safe in Parvathy’s able hands. She was with us from the very beginning, even before we wrote the character of Sameera. Parvathy could play the role with ease because of this early involvement. I could not imagine anyone else as Sameera. She was the breath and soul of the character. None of the male protagonists could match her performance at any stage. I trusted Parvathy with the role and she shouldered the responsibility like a champion.

The festival did not screen S Durga despite High Court’s directive. Mersal and Padmavati were attacked for various reasons. Is artistic freedom under threat in India?

I was looking forward to the screening of S Durga. It is silly to ban a movie over a title. The movie is bigger than its title. Artistic freedom is challenged everywhere, I would say it is comparatively less under threat in India. Take Off was banned in Kuwait. Saudi Arabia issued a Fatwa in my name. In Dubai, Take Off was cleared for screening after chopping off ten minutes. I received several threats after the release of the movie.

Kerala has a glorious cinematic past in which people have accepted even movies like Nirmalyam. Any movie should be allowed to screen after removing the objectionable parts.

Which other movies did you like at the festival?

Beats per Minute, which won the Best Picture award, was an excellent cinematic experience. Despite being newcomers, the actors have done an incredible job.

Do you plan to send Take Off to other film festivals?

I was not expecting awards at IFFI. Many at the festival thought Take Off is an unreleased movie as it is such movies that do the rounds in the festival circuit. Since the response is so overwhelmingly positive, we will send it to a few more festivals.