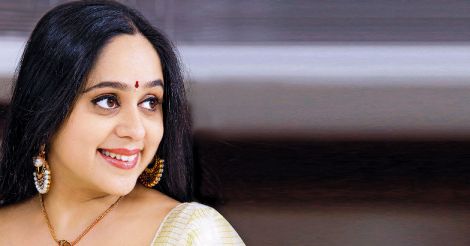 The Tamil remake of 'Thenkasipattanam', and the Mohanlal-starrer 'Onnaman' were some of the movies I acted in.

All it takes for the Malayali audience to summon the face of Aswathy Menon back into our minds are the visuals of the song ‘Walking in the moonlight…I am thinking of you….’ The doe-eyed beauty had made her part memorable in the charming Hariharan number pictured on her and Kunchacko Boban. 16 years after Sathyam Sivam Sundaram was released, Aswathy is all set to make a comeback.

On ‘Walking in the moonlight…’

I am a native of Ernakulam, but was born and raised in Dubai. I came to Kerala in the 1990s to do my degree. Maimoon, a relative of noted producer Siyad Kokker, was my junior in college and told Koker about me. He called me on the phone to talk about an upcoming project. After that, the director duo Rafi-Mecartin came to meet me at my home. And that was how I became part of Sathyam Sivam Sundaram, my first movie. I was paired opposite Kunchacko Boban.

On the actress phase

After that wonderful debut, I continued to act in movies over the next five years, till I finished my PG course. The Tamil remake of Thenkasipattanam, and the Mohanlal-starrer Onnaman were some of the movies I acted in. More offers poured in, but I couldn’t take up many of those projects as I got busy completing my PG.

On the 16-year break

I was keen to pursue acting around that time. But the roles that came my way were repetitive. I felt that being part of movies just for the sake of it will not bring me any worthy experiences. After waiting for a while after my PG - when no good projects came up - I went back to Dubai. I started working and took up a typical corporate job. I handled the role of customer service and marketing manager for a firm. But I kept my passion for acting alive by being part of theatre. I landed a scholarship in film acting and was adjudged the best actress in a theatre festival.

Eight years ago, I was at a Navaratri celebration, enjoying the Dandiya dance we were performing. A friend introduced me to my future husband Vikas. He is a native of Guruvayoor and is working in Dubai. His family is settled in Dubai for years. Vikas is a very energetic person. We have allowed each other to explore our passions while introducing each other to the things that give us the head-in-the-clouds feeling. It is from Vikas that I picked up the craze for bike riding. We go on long distance bike rides in winters. He is an amazing dancer and a die-hard fan of cricket. Now that he has come down to Kerala with me, the first thing he went looking for is a cricket club.

On returning to movies

If there is one single reason why I took this step after so many years, it is Vikas. After each theatre performance, he would keep asking me why I am not pursuing what I am so passionate about. When it became a serious thought, I thought I will get in touch with director Rafi, the person I started out with. He told me there’s a character in his upcoming project, ‘Role Model’ which will be right for me. He confidently asked me to take the plunge, which was a huge boost. I am glad I am making the come-back through one of his movies. Of course, I am apprehensive about this step and often find myself worrying if I could find good opportunities. But then, I am hoping I could be part of some good movies.

On ‘Role Models’ and Kunchacko Boban

Though I acted in couple of movies in my first innings, this is the first time I am dubbing for myself. Besides, I also got to explore what it is like to do comedy. Right now, I am doing a movie called ‘Trance’ directed by Anwar Rasheed. So much has changed about Malayalam movies in these years. But I am completely bowled over by Chackochan’s (Kunchacko Boban) evergreen charm. Years ago, when I landed the heroine role opposite him, the girls in my college were super excited. All these years later, he continues to be the heartthrob of college-goers. When I made the decision to come back into movies, Chackochan was one of the first people I contacted.

On the heartwarming welcome

I am amazed at the love and affection that people show even after all these years. It was never in the plan to make a comeback and this warm welcome is more inspiring than anything. I consider my role in Savithriyude Aranjanam as the one closest to my heart. I hope I can do justice to the love shown by the audience by being part of good cinema.