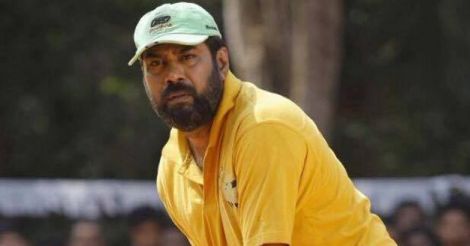 Nostalgia is its key word, realism the style and simplicity the hallmark. Rakshadhikari Baiju (Oppu) is a pleasant watch.

Directed by ace scriptwriter Ranjan Pramod, the movie stamps his return to the celluloid with the vigor which had been lost in a couple of his last attempts.

The Biju Menon-starrer is a simple tale of a village and its people, whose life is knit around a playground. The village, Kumbalam, is kind of a modern day Utopia which Malayalam cinema has been missing for a longtime. Kumbalam is not a mere replica of the settings of the so-called rustic films. It is very much connected to the modern world and the changing times.

Biju Menon plays the title character of Baiju, who, in his forties is an active member of Kumbalam Brothers, a local club founded by him and his friends in their childhood. The film progresses through the routine life of Baiju, chronicling some cute and funny moments at his home, office and mostly the playground.

As in most of the Ranjan Pramod films, Baiju also tries to address a social issue and even turns out propagandist in the end. But the realistic way the film addresses the issues -- that of eroding public spaces and forced education-- is commendable. 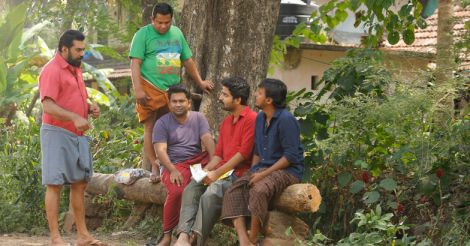 Being a social drama aimed at all sorts of audience, the film has two carefully woven romantic sub plots. The sequences between the two couples have a fresh feeling and are thus a joy to watch.

Be it a regional cricket tournament, anniversary celebrations of the club or a theater performance by the local lads, occasions for unlimited fun is in abundance in the film and most often the sequences succeed in triggering a laughter riot. 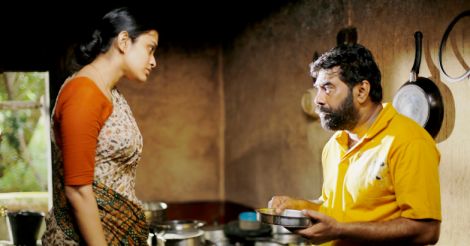 Along with Baiju, who is trolled and self-trolled throughout the film, we have a bunch of youngsters such as Aju Varghese, Hareesh Perumanna and Deepak Parambole; all of them offer a measured performance to keep the narrative afloat. 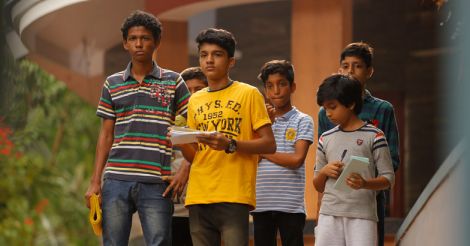 Apart from a flowing narrative, though at a slow pace often, the film has its strength in characterization and neat performances. Among Baiju's friends, Hareesh stands out performing Santhosh, an immature youth who is the source of situational comedy throughout the film.

Janardhanan's Narayanan chettan who keeps quarrelling with the kids and the youth is one of the finest characters the veteran has played in recent past. Dileesh Pothen's cameo as an expatriate settled in the US reminds us of his appearance in Maheshinte Prathikaaram and is absolutely entertaining. 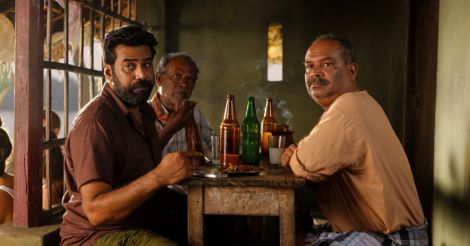 The director has included a song wherever there is some space for it and a couple of tracks by Bijibal are likely to stay with you.

At a time when larger-than-life superheroes are trying to take back Malayalam cinema to an era of cliches, Baiju and his village folk are usher in a fresh experience. It is time to book your tickets for some rejuvenating moments.