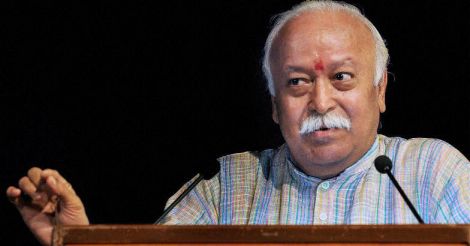 "It is the highest post in the country. Somebody with a clean image should occupy it. We have heard Mohan Bhagwat's name is being discussed for president.

"If India has to be made a 'Hindu Rashtra', Bhagwat will be a good choice for president. But the decision (to support his candidature) will be taken by Uddhavji," he told reporters here.

Asked if he will attend the dinner hosted by prime minister Narendra Modi to discuss the strategy for the presidential polls, Raut parried a direct reply, saying sumptuous food is cooked at "Matoshree" (Uddhav Thackeray's residence in Mumbai) as well.

"In the last two presidential polls, Balasaheb (Thackeray) had gone against the flow and done what was in the interest of the nation. Even then, the presidential candidates had come to 'Matoshree' to discuss the elections," the Sena leader said.

"Those who want votes can come to 'Matoshree'. We are ready for a dialogue. Sumptuous food is cooked at 'Matoshree' as well," Raut said.