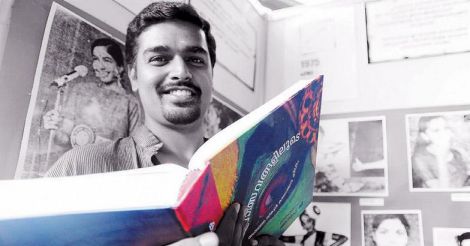 Kozhikode: Four years ago, when the Kerala State School Youth Festival turned 50, Anoop G., from Kozhikode, a former participant and philanthropist, decided to compile a history of the festival .

Kalolsavangaliloode was thus born, rendering art lovers a record of 50 years of the Kerala School Kalolsavam, in 800 pages which even government offices do not retain.

Actors Vineeth, Vinduja Menon, Ambili Devi and many others walked into the silver screen, from the Kalolsavams. But do we know much about the winners of the Kalolsavams which followed. The answer lies in Anoop's book.