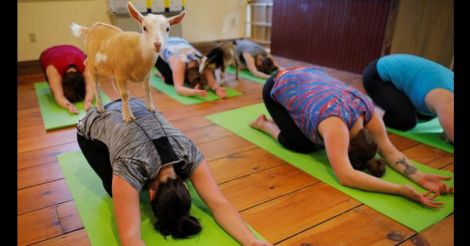 Tucked away in a wooded corner of southern New Hampshire, Jenness Farm is the latest small U.S. agricultural operation to cash in on the social media-driven trend, in which yoga enthusiasts practice moves like the cat pose and bridge pose while goats climb around and sometimes on them. 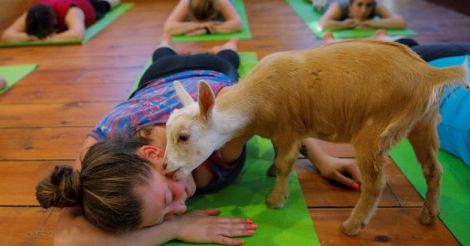 Peter Corriveau, who owns the 5-acre (2 hectare) farm in Nottingham, New Hampshire, about 60 miles (100 km) north of Boston, said he had toyed with the idea for several months before launching his first class in April.

"This was really kind of a fluke," said Corriveau, who said that people who follow the farm on social media had been sending him videos of goat yoga for more than a year. "We did this dry run, posted some pictures and really hadn't thought that far ahead. And it's just exploded. The phone is ringing continuously for people wanting to sign up for classes." 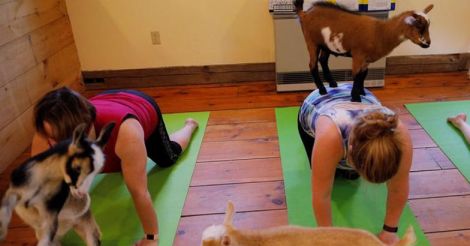 Corriveau readily admits that his is far from the first farm to offer goat yoga classes, which can be found from Oregon to Arizona to Massachusetts. 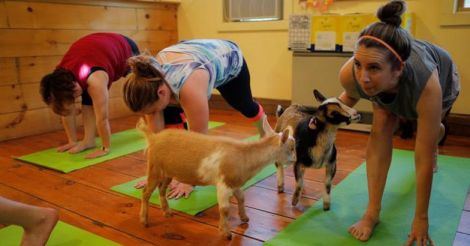 The farm is home to about 30 goats of different species and its main business is goat-milk soap, which it sells at wholesale and through a retail shop on the property, which is open for tours, said Corriveau, who bought the property in 2001.

Initially, its yoga teachers are conducting their classes in a side room off the store but Corriveau, 52, said he plans to renovate the upper floor of the milking barn into a dedicated studio space. That could allow it to double its class sizes to 16 people from the current cap of eight.

The farm's website advertises yoga classes with goats for $22 per adult. 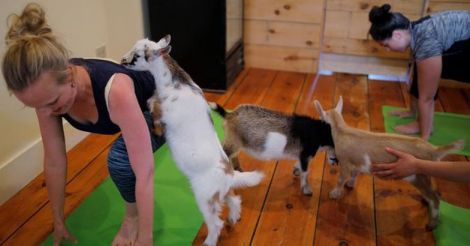 "It brings a lighter and more joyful energy to a class," Bibeau said. "They make a nice energy in the room. It brings everyone together."